Taxes are my life, except on most Sunday afternoons from mid-February until Thanksgiving. And the occasional Saturday and some Fridays, too. Those are the days that I pay attention to racing.

I've been a NASCAR fan since the early '90s when, as I was channel surfing, I caught what was then the Busch series. A car that looked like a rolling Baby Ruth candy bar was leading, so I decided to watch.

I worked for Nestlé at the time -- yes, the candy maker, although execs at the Swiss headquarters prefer to point out that it's the world's largest food company, not just a confectioner -- so one of our brands rolling around the track definitely caught my eye. 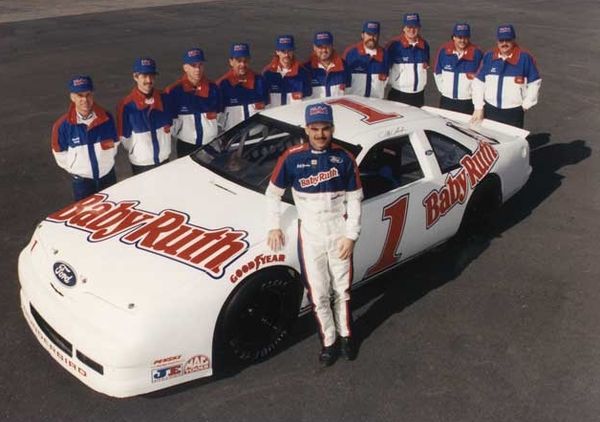 When the car pulled into Victory Lane, a very young man with a very bad mustache climbed out to accept his trophy. That was my introduction to four-time (and counting) NASCAR champion Jeff Gordon.

I was hooked on the sport and the driver, about whom I've blogged (previewing Jeff's 77th win to break Dale Earnhardt Sr.'s total, and congrats upon accomplishing the feat) on the ol' tax blog. And the hubby and I have attended several NASCAR races.

So when I was asked to be the racing columnist for Randall-Reilly Publishing's trucking magazines, I was thrilled. Now I get the opportunity to put some of the things I yell at my television on race days -- Cleaned up, of course! Those tales of scatological truckers are just rumors. -- into print.

The magazines also provides me an audience beyond only the hubby, who not only shares my love of NASCAR and IndyCar racing, but also introduced to me to Formula 1, and who now serves as first editor of my racing column.

My Crazy Woman Driver column (yes, I came up with the name and thanks to my editors for sharing my skewed sense of humor) debuted in the March 2008 issue of Company Driver/Owner Operator.

Since then, my racing rants and raves have appeared in other Randall-Reilly magazines, including a version in the company's flagship publication, Truckers News, with a "saner" name, Views From The Grandstands.

My logo also has morphed from the stylized image seen here to my photo. The image change was probably for the best, since my then-longer hair in the logo looks like a stereotypical good ol' gal mullet.

Digital driving: In addition to bound formats that drivers can carry with them in their cabs, the magazines are online in digital versions. That explains all the WiFi service at truck stops nationwide.

So in case you're not near a truck stop, below are links to the digital versions of the magazines, most recent issue first, with the columns.

If you're a racing fan, bookmark this page. As my columns are published, I'll provide those links here.

And feel free to drop me a note if you agree, disagree or have a racing topic you think I need to address.

Now it's getting close to the the green flag, so I'm pulling into the blogging garage for a while. And, oh yeah: Go 24!

A version of this page originally appeared as the April 6, 2008, blog post Crazy Woman Driver takes a Sunday drive.