Tourists, students to act as tax spies for Greek government

About this time every tax season, I start wanting to take a vacation. Maybe this year I should take a busman's holiday to Greece.

The financially struggling Mediterranean nation is seeking tourists to spy on the country's tax cheats. 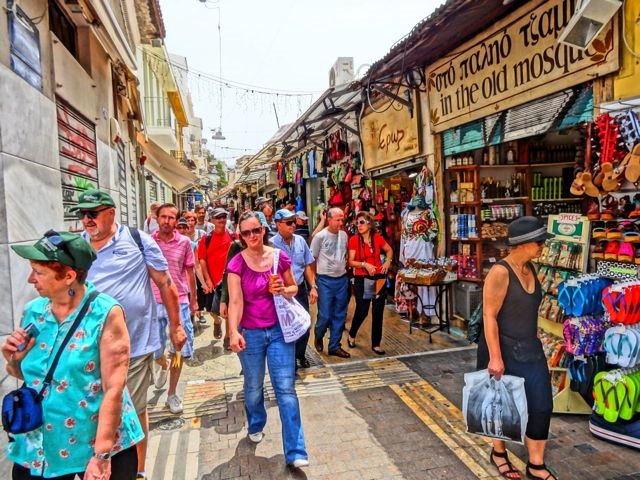 The Greek economy shrank in the fourth quarter of 2014. In January, tax revenues fell almost one billion euros below target. Many Greeks had postponed payments in hopes that the newly elected government would scrap many unpopular taxes.

Greek authorities instead are looking at creative new ways to get the taxes owed. One proposed option is hiring undercover tax amateurs, including local students and visiting tourists, to help find the nonpayers.

Ineffective tax collection methods: "The culture of tax avoidance runs deep within Greek society," wrote Greek Minister of Finance Minister Yanis Varoufakis in a letter, obtained by the Financial Times, to the president of the Eurogroup.

"Tax authorities are not only under-staffed but are also immersed in the logic of book-checking," wrote Varoufakis, "when the real problem lies off the books."

Amateur tax agents: As an alternative, Varoufakis proposes hiring "large numbers of non-professional inspectors" on a short-term (two months max), casual basis to" pose, after some basic training, as customers, on behalf of the tax authorities."

These temporary tax spies would be wired for sound and video, but they won't have any authority to carry out checks of suspected tax violations or to challenge alleged offenders.

However, wrote Varoufakis, the data they gather "will bear legal weight and be actable upon by the full time tax authorities that will use the collected evidence immediately to issue penalties and sanctions."

These lay recruits will be students, housekeepers, "even tourists in popular areas ripe with tax evasion."

Once the news gets out that anyone could be a tax snitch, Varoufakis believes that tax avoidance attitudes could shift "very quickly, spreading a sense of justice across society and engendering a new tax compliance culture."

Or it could just make everyone in Greece, tax-compliant or not, extremely paranoid.