As a homeowner who every year thinks that my local tax assessor has a much too inflated opinion of my house's worth, I certainly sympathize with anyone who fights for a lower real estate tax bill.

But even I think the owner of what one real estate company lists as largest private home in Montana was asking a little too much of tax officials. 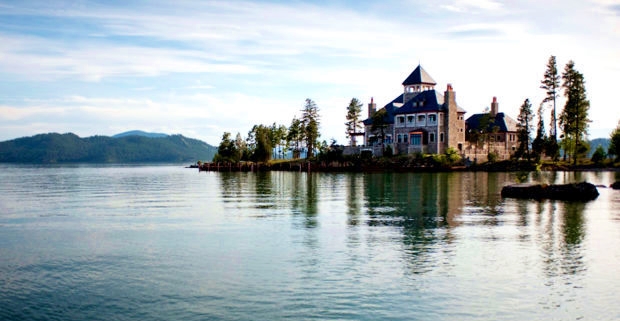 Not going to happen.

The Montana Tax Appeal Board has upheld the $41.8 million value of the mansion built on an island in Flathead Lake. The ruling comes after a three-day hearing last November that reportedly involved at least a dozen attorneys and expert witnesses.

The 24,000-square-foot house, which also boasts a 5,000-square-foot boathouse, was built in 2011 by Don Abbey of La Mirada, California. The properties are located on Shelter Island, which sits along the western shore of Flathead Lake near Rollins, Montana, were listed for sale a few years ago at a $79 million asking price.

Sales price vs. tax price: Now we all know that when we get ready to sell our homes, we tend to inflate their value. You've got to build in some negotiating room.

So it's not surprising that Abbey dropped his estimation of his mansion a bit when tax time rolled around. But the value Abbey says should be assigned his home by the tax assessor seems a bit unrealistic. His attorneys argued that it's worth just $9.8 million for tax purposes.

Really? That's quite a brazen request, especially since the property is once again for sale, this time with a $44.8 million price tag. At the time it went back on the market -- and when the tax protest was filed -- it listed at $59 million.

Nothing ventured, nothing saved: Of course, we all know that rich people don't get and stay that way by being timid. Remember former Republican presidential candidate Mitt Romney's effort to dramatically cut his coastal California home's real estate taxes?

Don't get me wrong. Everyone has the right to protest what they see as an unfair tax bill. Just because some is rich doesn't mean they should pay a tax bill that's incorrectly calculated.

But folks also need to do a reality check when they fight the tax collector. Asking for a reduction in a taxes based on an overly aggressive devaluation will not get you anywhere but to the bank to get the money to pay the higher tax bill.