Conventional political wisdom is that no candidate can win by supporting new or higher taxes. In fact, office seekers tend to disavow any hint of enacting new taxes or hiking existing levies regardless of how the money will be used.

Jeb Bush, however, apparently plans to take the unconventional route if he eventually decides to run for president.

The former Florida governor and son and brother of two previous Oval Office inhabitants will not sign any no-tax pledge, according to a spokeswoman. 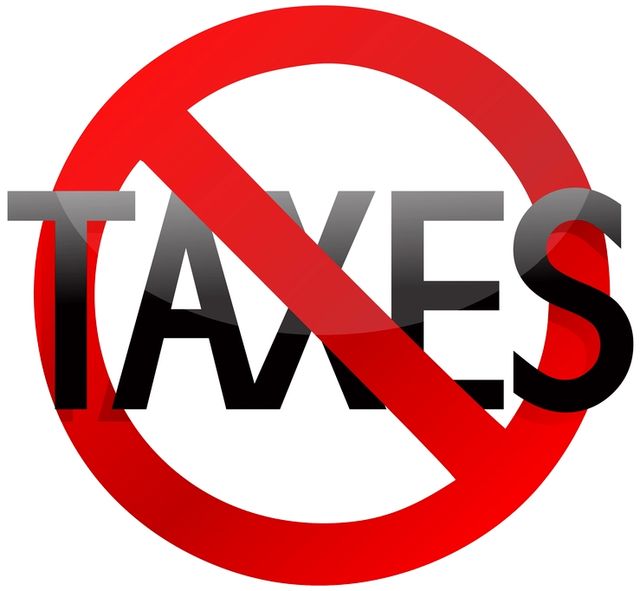 The announcement came this past weekend after Bush's shaky showing at the ultra-right Conservative Political Action Conference, or CPAC.

"If Governor Bush decides to move forward, he will not sign any pledges circulated by lobbying groups," Bush aide Kristy Campbell told Reuters in a statement. "His record on tax cuts is clear. He didn't raise taxes."

"No new taxes" still powerful message: The no-tax promise is the brainchild -- some call it a gimmick that ignores practical governing realities -- of Grover Norquist, consummate Washington anti-tax lobbyist and founder of Americans for Tax Reform, or ATR.

Norquist has been incredibly successful in getting most Republican members of Congress and many state GOP officials to sign his no-new-taxes pledge.

However, Bush refused to sign the no-tax promise when he service as Sunshine State governor from 1999 to 2007. He also spoke out against such a blanket no-tax vow as recently as 2012.

So while we're not yet sure that Jeb is committed to running for president in 2016, he's apparently firm about not signing the ATR no-tax pledge.

We all remember how Jeb's dad, George Herbert Walker Bush, aka 41, famously told us to read his lips as he vowed "no new taxes." When the Bush patriarch ultimately agreed to a tax hike, many cited that as a key reason for his loss to Bill Clinton. 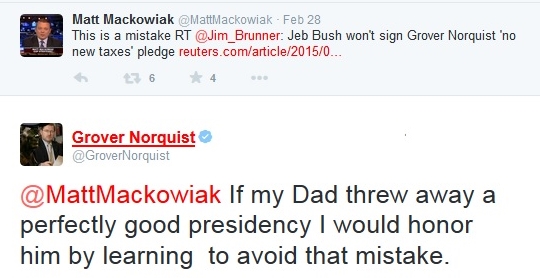 At the other end of the tax political spectrum, Jeb's brother George, aka W or 43, cemented his reelection by pushing through tax legislation in 2001 and 2003 that, for good or ill, was known as the Bush tax cuts.

Will Jeb seek to add 45 to his family's presidential numerical legacy? If so, will it require that he vow to no, none, nada, zero, zilch new taxes during his potential term?

We'll have to wait for those answers, but the questions are enough to make 0 this week's By the Numbers figure.

You vote and taxes: Does Jeb's refusal to sign the no-tax pledge affect how you view him as a potential presidential candidate?

Does any candidate's stance on taxes affect how you vote?

Do taxes matter more when it's someone running for a federal office or are state-level candidates' tax positions also important when you enter the voting booth?