Two months ago lots of families got pets as Christmas gifts. Now, many of those puppies and kittens and other would-be furry friends are, sadly, bunking at animal shelters … or tragically worse.

Some New York lawmakers think a tax change could help get those and other pets abandoned year-round into new homes. 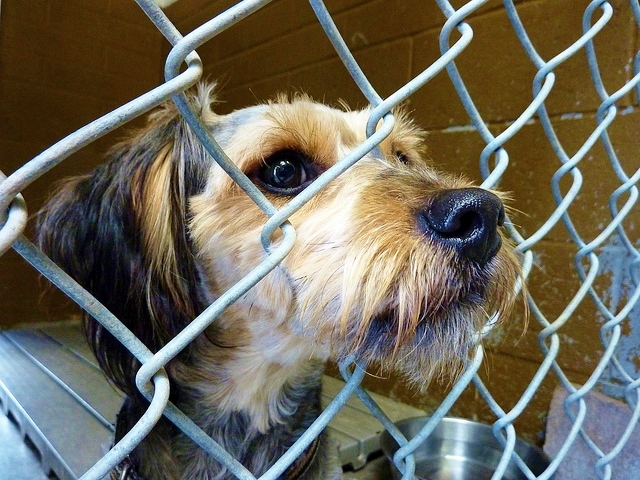 The measure has the support at the state legislative level of N.Y. State Senator Kevin Parker, also a Democrat, who represents part of Brooklyn.

The bill would provide a tax credit of $100 per animal adopted each year. The credit would apply to three animals per taxpayer return, or a total maximum tax credit of $300. It would be available to all domesticated animals available for adoption in any New York shelter.

Parker has proposed similar measures in prior sessions in Albany, but they stalled. The added Big Apple support could get it moving this time.

Animal Care & Control of New York City reports that it took in more than 30,000 homeless dogs and cats last year. Of that collection of homeless pets, about 21,000 were taken by animal rescue groups and 6,100 were adopted from the shelter.

The bill also has the backing of animal advocates. "This well-considered measure would give every New Yorker the opportunity to help reduce the number of homeless animals in our shelters," Bill Ketzer, senior director of ASPCA Government Relations for the Northeast region, told the Daily News.

If passed, New York would become the first to give a tax credit for adopting a homeless animal.

Passing out pet tax breaks: My pet loving friends think this is a good idea. The more adamant of them think tax breaks for pets should be expanded to the federal tax code.

The hubby and I had a wonderful, loving cat as part of our family for almost 20 years. While we didn't have to sock away any college money, we did spend plenty on his care and well-being. We would have loved to have claimed Zeke as a dependent or taken some other tax benefit for him being our furry kid.

Pets, however, in most cases do not qualify for Internal Revenue Code benefits.

Children, on the other hand, provide myriad tax breaks for parents. One of those is the adoption tax credit, which is the topic of today's Daily Tax Tip.

It seems only fair that the nonhuman kids and their caregivers get at least a little tax love to go along with the puppy (and kitty, etc.) love shared by millions of pet owners.