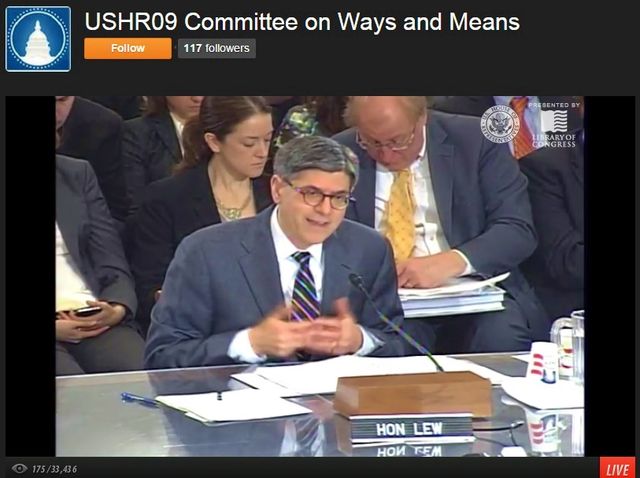 As is the case in most Capitol Hill hearings, members were more interested in making their own political statements than in asking questions and getting answers. That's why some of the budget time was spent on the upcoming Supreme Court decision on premium tax credit help for folks who bought health insurance on the federal exchange.

But we did get some actual budget talk, too.

Tea Party troubles reviewed: One of the more intense exchanges came when Rep. Peter Roskam (R-Ill.) raised concerns about the Internal Revenue Service, the agency that, he noted, will collect money to enact our next budget.

Roskam chairs the Ways and Means Oversight Subcommittee where he's been active in the investigation into the mess the IRS made in reviewing Tea Party and other groups' applications for tax-exempt status.

That topic was top of Roskam's mind when he charged that the Obama Administration cannot "name one thing it has done to prevent the IRS from once again targeting taxpayers for their political and religious beliefs."

In addition to the money sought in the FY2016 budget for operations, Roskam said that the IRS also needs a reputation as being a fair agency. 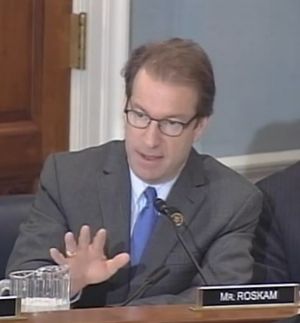 "Resources and reputation are at the foundation for any tax collection that is going to have integrity," said Roskam, who expressed concern that Lew didn't address the IRS recent troubles in his testimony.

The Illinois lawmaker also was upset with what he saw as a dismissive attitude by Treasury and the White House of Congressional hearings into the IRS.

So he asked the Treasury chief about these oversights and its plans to keep the IRS in line going forward.

Lois Lerner 2.0 concerns: "What have you done to prevent a Lois Lerner 2.0?" Roskam asked Lew. Lerner was the head of the IRS' Exempt Organizations division when the improper reviews of tax-exempt applications were conducted.

Lew also noted that he and new IRS Commissioner John Koskinen have made it clear that what happened cannot happen again. Those involved were disciplined, he said, and the IRS has followed all of the Treasury Inspector General for Tax Administration recommendations on how to prevent future 501(c)(4) problems.

Roskam himself was, to borrow his term, dismissive of Lew's characterization that the IRS incident was the work of "a small group of rogue employees."

"I don't think your guys get it," said Roskam. "What is it that you have done, other than calling this a phony scandal on television, what have you done to make sure that Lois Lerner 2.0 is not possible?"

So if you thought the IRS Tea Party 501(c)(4) scandal was dead, think again. It's pretty clear that Roskam and his subcommittee plan to keep the pressure on the IRS and the Administration.

IRS in the FY16 budget: And you also can expect the Republican-controlled Congress to continue to short the IRS when it comes to operational funds.

Lew told the Ways and Means panel that IRS is doing an extraordinarily effective job under circumstances where it's been underfunded.

Treasury and the White House would like to change that.

The IRS currently collects more than $50 billion each year via enforcement and tax law compliance activities. Additional funding for IRS enforcement and compliance programs will yield increases in enforcement revenue through activities with high returns and will help the IRS further expand and improve its effectiveness and efficiency as a tax administrator, notes Treasury's Greenbook analysis of the budget.

In addition, when it comes to IRS operations the Administration would like to streamline audit procedures for large partnerships, revise Offer-in-Compromise application rules, index all civil tax penalties for inflation, make repeated willful failure to file a tax return a felony, allow the IRS to absorb credit and debit card processing fees for certain tax payments, enhance electronic filing of returns, increase tax preparer oversight, and improve the whistleblower program.

How much of that wish list will make it through Congress? Possibly enforcement provisions, since no one likes tax cheats. But don't count on things that will cost more to implement.