The Federal Trade Commission gets more consumer complaints about identity theft than any other topic and tax identity theft has emerged as the largest subcategory.

With tax-filing season underway, crooks are taking advantage of our desire to get our taxes done properly, our anxiousness for refunds we are expecting and our general year-round fear of the Internal Revenue Service.

Since October 2013, the Treasury Inspector General for Tax Administration (TIGTA) has received roughly 290,000 complaints about the phone scam. The FTC's Sentinel data also shows a significant spike with tens of thousands of these complaints in 2014.

The dollar amount also is staggering. Nearly 3,000 victims have reported losing more than $14 million to the telephone con artists, who demand the duped taxpayers send the crooks cash via prepaid debit cards.

Uncle Sam expects the fake IRS agent phone calls to crank up again with a vengeance now that the 2015 tax season is underway.

TIGTA warning: To avoid falling victim, Treasury Inspector General for Tax J. Russell George urges taxpayers to be on "high alert" to the phone scam, which he notes is the largest criminal con of its kind that his office has ever seen.

"The callers are aggressive, they are relentless, and they are ruthless," says George. "Once they have your attention, they will say anything to con you out of your hard-earned cash."

As reported earlier, the callers who commit this fraud often:

Dirtiest of the top dozen tax scams: The aggressive and threatening phone calls by fake IRS agents also remains near the top this year of the tax agency's annual Dirty Dozen list of tax scams.

The IRS says it, too, has seen a surge of these phone scams in recent months, with scam artists threatening taxpayers with, among other things, police arrest, deportation and driver's license revocation.

"If someone calls unexpectedly claiming to be from the IRS with aggressive threats if you don't pay immediately, it's a scam artist calling,” warns IRS Commissioner John Koskinen. "The first IRS contact with taxpayers is usually through the mail. Taxpayers have rights, and this is not how we do business." 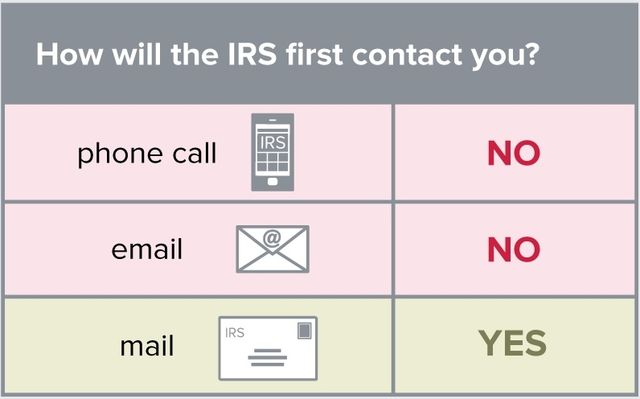 Ignore the call, then report it: "These criminals try to scare and shock you into providing personal financial information on the spot while you are off guard," Koskinen says. "Don’t be taken in and don’t engage these people over the phone."

Instead, when you get a call from a fraudulent IRS agent:

And do warn your family and friends, especially older individuals whom I've found to be much more trusting than the younger folks I know. (I obviously need less jaded younger friends or more cynical older ones!)

Additional anti-ID-theft help: The IRS has a special Web page with lots of links about how to avoid tax identity theft and, if the worst happens, what to do if you fall victim to a crook.

The FTC also is holding a free tax identity theft webinar on Tuesday, Jan. 27, at 2 p.m. Eastern Time. Anyone is welcome to join the online session. Visit www.ftc.gov/taxidtheft to register and get more information.

The time has come for businesses all throughout the world to get serious – once and for all – about information security. From implementing strict and comprehensive access controls to undertaking annual security awareness training, information security 101 should now be front and center for all businesses. As a security expert for years, I continually see a lack of interest – and commitment – to implementing broad-based, enterprise-wide information security policies and procedures. If employees don’t have a sound understanding of the use and application of information systems, how can they even begin to protect them?