Cigarettes are a bigger state tax target than booze

Did you make New Year's resolutions? I quit doing so long ago, and I am not alone. Apparently fewer than half of Americans take a pledge to do or be better as each new year rolls around. 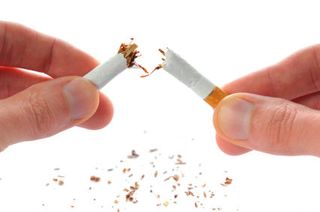 But those who do make Jan. 1 promises typically have the same goals year after year. (That's one of the reasons I stopped making them.)

Among the perennially popular resolutions, according to Uncle Sam's official Web portal USA.gov, are quit smoking and drink less alcohol.

If those are on your 2015 to-do list, they also could save you some tax dollars, especially if you kick the nicotine habit.

More tobacco than alcohol tax hikes: Data collected for the National Association of State Budget Officers' Fiscal Survey of States (Fall 2014 edition) shows that states have increased taxes on cigarette and tobacco products a combined 111 times from fiscal 2000 through fiscal 2015.

But when it comes to another popular revenue raising sin tax, state lawmakers haven't been as fiscally judgmental. States have increased taxes on alcoholic beverages just a combined 23 times during the same time period.

Since the total number of tobacco tax hikes over the last 15 fiscal years is almost five times greater than the adult beverages tax counterpart, the 111 tax increases that target smokers get the honor of being the first By the Numbers figure for 2015.

Brian Sigritz, director of State Fiscal Studies at NASBO, notes that state legislatures aren't nearly as active when it comes to reducing these two sin taxes. States have only reduced cigarette and tobacco taxes four times since 2000, while cutting alcohol taxes eight times.

The increases on cigarette and tobacco taxes have been very widespread, but the geographic data is much the same as the numbers for tax hikes. Just like there were more tobacco tax increases, there are more states with smoking-related levies.

Sigritz notes that 45 states have enacted at least one tax increase on tobacco products since 2000. Sixteen states have approved some form of tax or fee increase on alcoholic beverages during that time.

The largest number of excise tax increases, according to NASBO, came in years during or immediately following a recession.

And although the national economy is improving, many states are still having difficulties, in part because more local lawmakers are looking to cut other taxes, such as those on individual taxpayers and businesses.

Those efforts pretty much guarantee that alcohol and tobacco taxes will continue to rise, especially as more states face financial shortfalls.