Tax filing projections for the 2015 season and beyond

The bill now heads to President Obama, who is expected to sign it.

But did the Senate act in time? 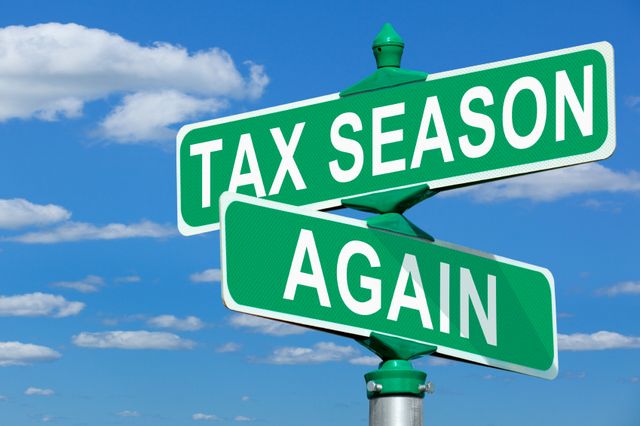 Oh sure, Congress got the job done retroactively for the 2014 tax year so for the next two weeks folks can make some tax moves they've been postponing while the tax breaks were in limbo.

But did the Senate approval come soon enough for tax filing season 2015 to start on time?

But after the House on Dec. 3 approved the 55± tax breaks that expired on Dec. 31, 2013, IRS Commissioner John Koskinen said, "If there are no changes and that [House bill] passes [the Senate] by the end of next week, we should be able to absorb it."

The Senate busted that by four days.

Filing season 2015 starts when? Will that push the start of the coming filing season back by that many days? Or will IRS be able to double down and get the forms and computer systems ready for what passes as normal when it comes to the annual rite of submitting 1040s and all the ancillary forms and schedules?

I'm going to be optimistic. I'm thinking the IRS will be able to start accepting and processing returns around the third week of January as it does in years when Congress gets out of its way.

Things should be relatively easy for the IRS since the one-year retroactive extension of the tax laws made no changes to any of them. That will help not only with the form updates, but more importantly with the computer programming necessary to process returns.

So even though I tend to file extensions, I'm keeping my fingers crossed that the millions who are ready to file ASAP, primarily because they're getting tax refunds, will be able to do that around Jan. 20, 2015.

Longer-range filing plans: In addition to working on and worrying about the coming tax filings seasons, the IRS also is taking a longer-range look at how taxpayers turn in their returns.

The tax agency and the group of software companies that provide free tax return preparation and filing services to millions of taxpayers is working on a deal that would keep Free File in place through 2020.

The current deal with the consortium or tax software manufactures, aka the Free File Alliance (FFA), expires on Oct. 15, 2015. That one-year extension was agreed to in May.

At that time, the IRS said that the extra 12 months would give the agency and FFA time to shape a longer term agreement to "include innovations to the 12-year-old Free File program in order to grow e-file, improve quality and reduce taxpayer burden."

FFA Executive Director Tim Hugo told Bloomberg BNA this week that his organization is nearing completion of a five-year deal with the IRS under which taxpayers with annual incomes of $60,000 or less would have free access to tax preparation software.

The 43 million figure includes the more than 3 million taxpayers who, as of May, had used Free File. Preliminary 2014 filing season numbers showed a nearly 10 percent increase in Free File usage and the first double-digit increase in program usage in several years.

If Congress can get its act together so filing seasons can start on time -- or, hope against hope, actually take up serious tax reform; proposals were filed in both the House and Senate in the waning days of the lame duck session -- and a longer term Free File agreement is reached, future tax seasons could no longer be something for taxpayers to dread … at least when it comes to completing the process.

Extended examination of extenders: I've covered the tax extenders, well, extensively, this past year as Congress worked on the expired tax laws, both in pieces in the House and as a group in the Senate's EXPIRE Act.

You can check them out by perusing the extenders category on the ol' blog. One note: this post will show up first; just keep scrolling for all the previous posts.

I also kept an eye on extenders over at Bankrate Taxes Blog.

This last week at my other tax blog, in addition to noting the Senate passage of extenders for 2014 only, I looked at a new savings plan for some disabled individuals that was attached to the extenders.

The Achieving a Better Life Experience, or ABLE, Act creates a new tax-free savings account program that is designed to help, in many cases, people with disabilities put away money without cutting their federal benefits.