Spend down your flexible spending account by Dec. 31
Grace period, rollovers help, but some still call for end to FSA OTC limits

Yeah, folks tend to get sick over the holidays.

Maybe it's because of that guy coughing in the aisle behind you on your flight home. Maybe it's one of your loved ones with whom you're sharing way too close holiday quarters. Maybe it's playing in the snow a bit too long.

Or maybe it's all of the above.

Patient, heal thyself: Whatever the reason(s) you're sneezing, achy and generally feeling crappy, the good news is that in most cases, you can treat your ailments yourself. A trip to the local drugstore for some over-the-counter (OTC) meds and you're feeling better in a day or two. 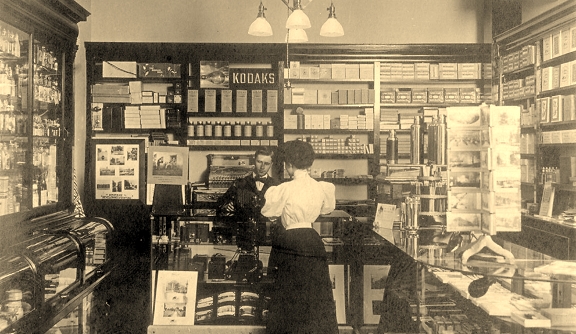 Picking up that cough syrup and cold tablets also used to be a great way to spend down your flexible medical spending (some say saving) account, typically referred to as an FSA.

This workplace benefit, whose official Internal Revenue Service name is healthcare flexible spending arrangement, allows you to put in pre-tax money and then use the funds to pay for medical expenses that aren't covered by your employer-sponsored healthcare.

And as this latest Weekly Tax Tip discusses, a lot of folks face use-or-lose deadlines when it comes to an FSA. True, some workplaces allow you a two-and-a-half month grace period to use up any leftover cash. Others have opted to let you roll over up to $500 of unused FSA funds into the next benefits year.

ACA's FSA OTC limits: But many still face a Dec. 31 deadline to spend FSA money or watch it go back into their bosses' bank accounts. And now they can't even use FSA money to cover their out-of-pocket costs on over-the-counter drugs.

Or at least not easily.

As part of the Affordable Care Act, aka Obamacare, the rules on OTC medications changed. You can still pay for them with FSA money, but only if you get a prescription for the OTC items from your doctor. The rule has been in place since 2011.

Yeah, I know it sounds counter-intuitive, but that's how lawmakers' minds, or at least those of their aides who calculate how to pay the costs of federal legislation, work. The no-more-easy-OTC-FSA-expenditure rule was created back in 2010 and estimated back then to raise an extra $13 billion through 2019 to help pay for expanding the new healthcare law.

FSA OTC limits' other costs: Not so fast, say opponents of the FSA OTC restrictions.

If time truly is money, then a lot of it is being wasted. Doctors now must see patients who just need a package they could pick up off store shelves. And the patients have to make time to get to their physicians' offices. That's a lot of valuable lost hours by all parties.

And the costs aren't just on counted by clocks.

From the fiscal standpoint, a 2010 study by Booz & Co. concluded that every dollar spent by consumers on OTC medicines saves $6 to $7 for the U.S. healthcare system as a whole. Two years later, a study commissioned by the Consumer Healthcare Products Association estimated that the use of OTC medicine saved the health care system $102 billion a year, in part through a decreased need for office visits and diagnostic tests.

Such data is part of the reason that the National Center for Policy Analysis (NCPA) says OTC limits on FSAs should be repealed.

In its own new report, NCPA says OTC drugs would save Americans nearly $5 for every $1 spent on a nonprescription drug by not having to schedule physician visits. The limit on FSA funds for OTC meds, which NCPA has dubbed the Medicine Cabinet Tax, costs Americans $400 to $500 million each year.

In addition, the Dallas-based nonprofit says states should quit collecting sales taxes on over-the-counter, nonprescription drugs. That, says the group, could save Americans more than $2 billion dollars a year.

"Considering the immense benefits of convenient access to nonprescription drugs, it makes little sense to erect barriers to their use," says Devon Herrick, NCPA senior fellow. "Congress and the states should repeal taxes on nonprescription drugs. The benefits, and cost-savings to the health care system, will far exceed the foregone revenue."

Until that happens, though, look for ways other than OTC purchases to spend your FSA money. Or make a doctor's appointment for that Tylenol, Pepcid and NyQuil.

More money in 2015: Medical FSAs still are a good deal for many and the accounts will be a bit bigger in 2015.

In addition to restricting OTC purchases with plan money, Obamacare also calls for an annual inflation adjustment to the $2,500 account limit the law set.