Good news: the 2015 tax-filing season will start on time
Bad news: It will be pretty miserable for IRS and taxpayers 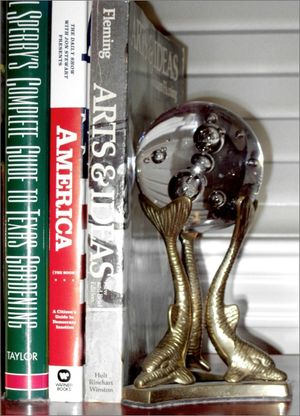 Well, well, well. I'm going to pull my crystal ball (yes, that's it pictured there) out of storage and dust it off. It seems like I've got a bit of my predictive mojo back.

That hasn't been the case very much in recent years, at least not where the U.S. Congress is involved.

Remember the estate tax? Nobody, including me, thought those fools lawmakers would let it expire at the end of 2009. But they did.

And they took us over the fiscal cliff, albeit only for a couple of days. Still, logical people, who are most folks who don't work on Capitol Hill, didn't think things would go that far back in 2012-2013.

So I was taking a chance a couple of days ago when I forecast a normal -- realizing that normal has an imprecise meaning in Washington, D.C. -- starting time for the 2015 tax filing season after the Senate finally wrapped up the tax extenders for the 2014 tax year.

My exact words in that 2015 and beyond projections post:

Filing season 2015 starts when? Will that push the start of the coming filing season back by that many days? Or will IRS be able to double down and get the forms and computer systems ready for what passes as normal when it comes to the annual rite of submitting 1040s and all the ancillary forms and schedules?

I'm going to be optimistic. I'm thinking the IRS will be able to start accepting and processing returns around the third week of January as it does in years when Congress gets out of its way.

Things should be relatively easy for the IRS since the one-year retroactive extension of the tax laws made no changes to any of them. That will help not only with the form updates, but more importantly with the computer programming necessary to process returns.

So even though I tend to file extensions, I'm keeping my fingers crossed that the millions who are ready to file ASAP, primarily because they're getting tax refunds, will be able to do that around Jan. 20, 2015.

When asked whether Congress' late passage of the tax extenders would push back the start of tax season, Koskinen said that nothing definite has been decided about when the 2015 filing season would kick off.

But he noted that since the bill seemed like a straightforward extension containing very few changes, he did not anticipate a delayed tax season.

That, however, was about all the good news he had about the filing season.

Basically, the commish said, Congress' cuts to the IRS budget mean that it's going to be a challenging -- OK, probably frustrating and infuriating -- filing season for the agency's employees as well as for taxpayers.

The biggest concern, especially for the millions of folks who file on tax season's opening day because they're getting refunds, is that the tax money they're expecting likely won't get back them as quickly as it has in past years.

"Everybody's return will get processed. But people have gotten very used to being able to file their return and quickly getting a refund," Koskinen said. "This year we may not have the resources, the people to provide refunds as quickly as we have in the past."

But at least they'll get to start their anxious waiting on time!

It appears only a bad news.