I was shocked when a Gallup poll showed that the public perception of how Congress did its job in 2014 went up by 1 percentage point from the previous year.

Really? Representatives and Senators found that many more relatives to talk them up?

But this latest Gallup poll is a bit more believable.

Congress comes in dead last when it comes to professions known for honesty and ethical behavior.

Only 7 percent of people Gallup polled in early December rated members of Congress as being honest of having high or very high ethical standards. 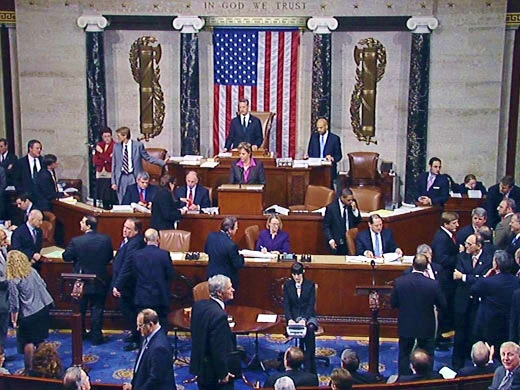 Do you trust these folks to do the honest, ethical thing? Apparently not.

It gets worse when the issue is approached from the other side. In the same poll, 61 percent of the Gallup respondents said that Congress is full of folks with low or very low levels of honesty and ethics.

That's 16 percent worse than the folks pushing vehicles on car lots across America.

It's so bad, in fact, that the 61 percent perception of lying, unethical federal lawmakers gets this week's nod as the By the Numbers figure.

Historically low ratings: Will the 114th Congress be able to turn around the reputation of those who legislate on Capitol Hill?

Gallup has asked Americans to rate the honesty and ethics of various professions each year since 1990, and periodically since 1976. Since 2009, Congress has ranked at or near the bottom of the list, says Gallup.

Typically joining Washington, D.C., lawmakers at the bottom of the pile are other poorly viewed professions like car salespeople and, when Gallup has included them, lobbyists, telemarketers, HMO managers, stockbrokers and advertising practitioners.

This year as in the past, notes Gallup, members of Congress are much more likely to receive "low" or "very low" ratings. The highest rating that Representatives and Senators have ever achieved was 25 percent in 2001.

The good guys and gals: So who do we trust? Folks in the medical profession.

Nurses, doctors and pharmacists top the 2014 honest and ethical list. In fact, notes Gallup, nurses have topped the list each year since they were first included in 1999, with the exception of 2001 when firefighters were included.

That tragic year, they received the top ranking, likely due to their work during and after the 9/11 attacks.