It looks like Rep. Paul Ryan is shelving national political ambitions for a while to take over the House Ways and Means committee.

Ryan will assume the chairmanship of the powerful tax-writing panel on Jan. 3, 2015 when the 114th Congress convenes. He takes the gavel from W&M Chairman Rep. Dave Camp (R-Mich.), who is retiring at the end of the current congressional session.

Ryan, Republican Representative for the first district of Wisconsin since 1999, announced his desire for the top tax post on Nov. 4. 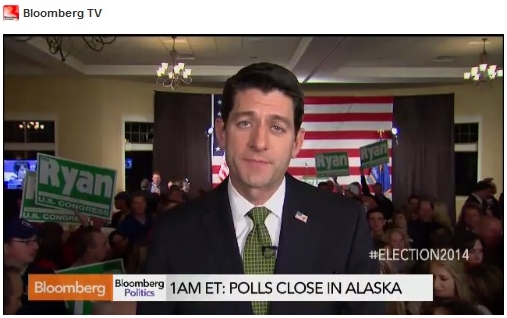 "It is my intention to seek" the Ways and Means chairmanship Ryan told Al Hunt during an interview on Bloomberg TV just as the midterm election results were sending a larger GOP majority to the House and flipping the Senate from Democratic to Republican control.

By nabbing the Ways and Means top spot, Ryan also will helm the Joint Committee on Taxation. The chairmanship of the bipartisan House and Senate panel rotates each year, with the House W&M chair holding it in odd years and the Senate Finance Committee chair taking the reins in even years.

Ryan's previous roles: Ryan has served on Ways and Means since 2000, but is known more for his role on the House Budget Committee, where he's served as chairman since 2011. Even before taking on that fiscal leadership role, Ryan made a name for himself on Capitol Hill thanks to his various Roadmap for America budget plans.

Since gaining wider exposure during that campaign, there has been talk that Ryan might seek the 2016 Republican nomination for president. However, his assumption of the Ways and Means chairmanship prevents that.

House Republicans adopted a new rule that requires any House committee chair who decides to seek higher office to turn in his or her gavel.

Would Ryan want to relinquish such a powerful legislative post so quickly? Not likely.

Plus, at age 44 he still has plenty of time beyond 2016 to run for president.

What to expect: Now we wait to see the approach Ryan will take on taxes.

"We have a lot of work to do to get our economy back on track, and the Ways and Means Committee will be at the forefront of reform," Ryan said in a statement after he was selected chairman. "We will work together to fix the tax code, hold the IRS accountable, strengthen Medicare and Social Security, repair the safety net, promote job-creating trade agreements, and determine how best to repeal and replace Obamacare with patient-centered solutions."

That's a wide-ranging agenda. In addition to the issues, tax geeks and political wonks will be interested in how Ryan tackles his job. He will be working with an experience W&M Democrat. Rep. Sander Levin (D-Mich.) will remain the committee's ranking member.

"I extend warm congratulations to Paul Ryan on becoming the next chairman of the Ways and Means Committee and I look forward to working with him,” Levin said in a statement. "I have admired his determination, his interest in a broad range of issues, and the humor with which he has approached his intensive work in Congress. With our offices next door to one another, we don’t have far to go as we strive to honor the esteemed history of the committee and serve the best interests of the American people."

Will Ryan and Levin be able to find common tax ground? Or will Ryan exhibit some of the same tendencies he showed as a budget writer? On that committee, he typically was bold, offering proposals that sparked much intense opposition.

And what about the upper chamber? The Senate Finance Committee's current ranking member, Sen. Orrin Hatch (R-Utah) is expected to chair that panel in the next Congress. Just how will having the GOP in charge of both tax-writing panels affect the issues that Ryan will champion?

I think we're all about to experience that proverbial old Chinese curse of living in interesting tax times.