I filed our 2013 federal tax return yesterday, a whole eight days before it was absolutely, positively due.

But some of the 3 million or so filers (out of 13 million who filed for an extension back in April) will wait until Oct. 15 to send their 1040s to the Internal Revenue Service.

Most of them already paid their tax bills, or close to what they owe Uncle Sam, when they submitted Form 4868 to get six more months to finishes their paperwork. So those filers don't have to worry about coming up with more, or at least a lot of, money now.

Some folk do fret, however, that their automatic filing extension also is an automatic invitation for the IRS to audit their returns.

Personally, I'm not concerned. Not only do I not buy into much of the fear mongering that accompanies taxes, I also got some reassurance from my tax software program. 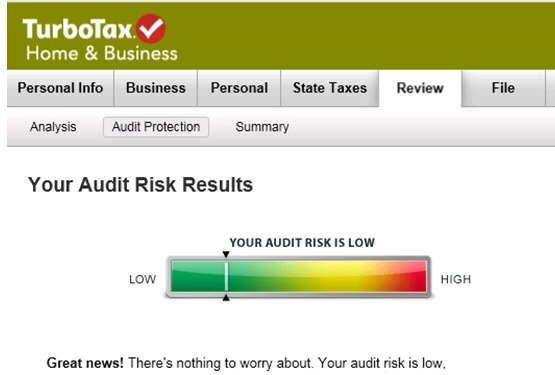 But if you didn't get such a notice, or did, but a nice, color-coded graphic isn't enough to ease your mind about Oct. 15 filings and audits, here are some facts.

IRS says it's OK to file later: I'm not sure how the extension = audit falsehood began. Maybe it was started by filers who indeed were cheating on their taxes.

But the truth is that the IRS does not see tax filing procrastination as an automatic indicator of bad tax behavior. If it did, why would it let you take extra time to finish your return without even having to provide a reason?

Plus, IRS employees are probably thrilled that millions of taxpayers take the extra time. It lessens the April 15 filing load they must handle.

And the six extra months could actually audit-proof your 1040.

Instead of filing a mistake-ridden return just to make the original April 15 due date, you gave yourself plenty of time to do the job right.

You had months to gather all the tax data you need. You researched the tax breaks for which you might qualify. You were able to hire a tax professional to help.

Statistics are on your side: Taxes are all about the numbers and when it comes to audits, the figures are generally in your favor.

Fewer than 1 percent of taxpayers are now being audited. The IRS simply doesn't have the staff, time or money to spend eyeing each and every line on each and every return.

So if your 1040 is a pretty basic one, then you don't have much to worry about.

Even the hubby's and my return, with its non-wage income from both of us, itemized deductions, capital gains and royalty payments, and home office and business use of a car claims, got audit-safe marks from our software.

The reality of tax life today is that everyone has something that was once considered out of the ordinary. So the IRS doesn't immediately jump on filings that aren't necessarily cut and dried.

That doesn't mean you shouldn't be prepared to explain that added dependent or those extra deductions.

But don't expect the IRS to go full-scale field audit on you if you have a few unusual, but totally legal and documented, claims regardless of when you send in your 1040.

Don't push it: While you don't have to worry about an audit because you're filing on Oct. 15, don't push your luck.

If you miss next week's deadline, the IRS will not be forgiving. If you still owe any taxes, penalties and interest will start adding up. And the penalty for not filing is worse than for not paying.

So get to work. Get that return in to the IRS by Oct. 15. And stop worrying!