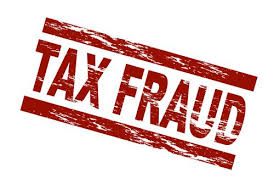 A Cobb County, Georgia, grand jury on Aug. 28 indicted four people in what officials describe as massive tax fraud scheme. The four face a total of 3,736 counts, including identity fraud, computer theft, computer forgery, burglary, evidence tampering, money laundering and racketeering, in connection with the alleged scheme that started in 2005.

In 2013, the four allegedly stole more than $2 million in state tax refunds using information from more than 1,800 victims, according to the Cobb County district attorney's office.

While $2 million is nothing to sneeze at, especially for one county, the state of Indiana is touting some pretty hefty tax fraud numbers of its own.

The Indiana Department of Revenue says that during the 2014 tax season it blocked more than $78 million in wrongfully requested tax refunds. That total included $39 million in attempted identity theft and $39 million in improperly claimed tax credits and deductions.

The Indiana DoR Special Investigations unit said the fraudulent returns included those in which criminals manufactured false identities with stolen elements of identity information and returns in which actual taxpayers’ identities were stolen and fraudulent refunds were requested in their names.

The inappropriately claimed credits and deductions were made by legitimate taxpayers on Indiana income tax returns, but were not substantiated.

Uncle Sam could do more to check out tax fraud tips: At the federal tax system, the Internal Revenue Service also is doing a better job of halting wrong refunds.

The agency's External Leads Program gets tip about questionable tax refunds from a variety of partner organizations, which include financial institutions, brokerage firms, government and law enforcement agencies, state agencies and tax preparers. The program and has grown from 10 partner financial institutions in 2010 to 258 partners in 2013.

That growth has been similarly reflected in dollars. Four years ago the program returned $233 million in sketchy refunds to the U.S. Treasury. Last year, the amount was more than $576 million.

"However, opportunities exist to improve the program," George added.

A recent TIGTA report found that the IRS is not always verifying the questionable refund leads in a timely manner.

The tax watchdog agency offered some suggestions as to how the IRS could improve its leads' verification processes and thus increase the number and amount of tax fraud attempts it stops. The IRS agreed with TIGTA's recommendations and is looking into implementing the changes.

Sometimes the personal information used to file false tax refunds is stolen from electronic break-ins of commercial establishments. However, the hacking last month of JPMorgan Chase also could cause some potential identity theft issues for some Louisiana taxpayers.

The United States' biggest bank was the issuer of debit cards by which the Louisiana Department of Revenue issued state income tax refunds to some taxpayers.

As I posted last week at my other tax blog, the bank alerted Pelican State officials that the My Refund Visa tax refund debit cards information might have been among the hacked data.

If you got one of the Louisiana tax refund cards, check your credit reports for suspicious activity. And even if you got a refund card from another state -- Georgia, New York, Oklahoma and South Carolina also use tax refund debit cards backed by other issuers -- it's not a bad idea to be careful. Other financial institutions also reportedly were hacked in the JPMorgan Chase incident.

Also over at Bankrate Taxes Blog last week, I looked at an option for Massachusetts taxpayers who are having some tax payment troubles.

Those folks, both business and individual taxpayers, who haven't paid the Bay State its due taxes have a chance now. Massachusetts' tax amnesty program started Sept. 1 and runs through Oct. 31.

I usually post my additional tax blog thoughts at Bankrate every Tuesday and Thursday. If you miss the posts then and there, check here at the ol' blog the following weekend for highlights and links.