Fashionistas are wrapping up a month of shows that have taken them from New York to London to Milan and now Paris.

One big name designer, however, might not be paying as close attention as usual to the City of Light's catwalks this week. A couple of Prada executives have taxes instead of tailleur on their minds. 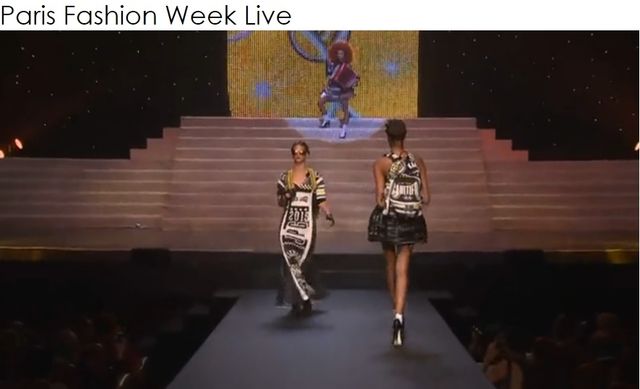 A month of global fashion weeks, during which designers preview their coming spring and fall clothing lines, concludes this week in Paris. Click the image for a glimpse of what the rich and famous might be wearing in early 2015.

Prada chairwoman Miuccia Prada Bianchi and her husband and company chief executive officer Patrizio Bertelli are being investigated by Italian authorities over past taxes.

The Italian Judicial Authority informed the couple that it has questions about alleged tax evasion related to the 10 years that Prada was based in the notorious tax-haven country of Luxembourg. Specifically, Italy's tax officials are interested in "the accuracy of certain past tax filings by them as individuals in respect of foreign-owned companies."

The company itself was the target of a tax investigation last year, after which Prada returned its holding company to Italy to appease the tax authorities. The haute couture company and its subsidiaries are not involved in this investigation.

The examination of the Prada executives is the latest look by Italian tax officials at alleged fashion house tax hi-jinks.

Domenico Dolce and Stefano Gabbana, founders of the eponymous Dolce & Gabbana fashion line, were convicted last year of tax evasion. They appealed and in April the two Italian designers were each given a reduced, suspended sentence of 18 months in jail.