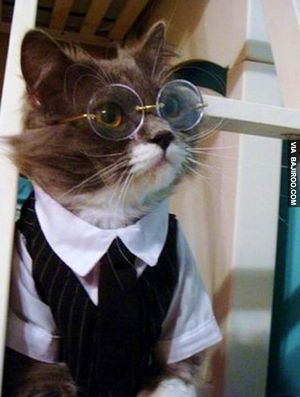 But no, your cat or dog is not talented enough to run a company that you created.

That, however, is what a Colorado couple tried. Now they're paying the price.

Cat and dog years of tax evasion: Two years ago, Mathew and Sandra Zuckerman of Woody Creek, Colo., were indicted for a variety of alleged schemes to defraud the Internal Revenue Service.

Earlier this year, the couple entered guilty pleas in connection with some of the federal tax charges.

Pets on board: The pet ploy, according to the Justice Department, took place in 1999.

That year, say federal investigators, the Zuckermans sought to avoid IRS liens by transferring the deed to their $1.2 million Rocky Mountain residence to Hyperpanel University, Inc., a Nevada corporation.

A cat and dog were among the officers and directors listed as running Hyperpanel in documents filed with the Secretary of State, according to the DoJ.

This week, the Zuckermans found out what their animal tax antics will cost them.

There's no word as to whether pets will be granted prison visitation rights.