Identity theft tax refund fraud is increasing, but ways to prevent the crime are not likely to be popular

The good news is that in 2013 the Internal Revenue Service was able to stop $24.2 billion worth of fraudulent tax refunds.

The bad news is that in that same year, the IRS still paid an estimated $5.2 billion in fraudulent identity theft refunds.

Not to dwell on the negative when the federal tax collector is doing a better job at stopping fraud, but that disturbing fake refund dollar amount is this week's By the Numbers figure. The dubious honor is not only for the $5.2 billion, but also the hassles that the real taxpayers endured because they were victims of ID theft tax refund fraud.

It's no secret that tax refund fraud using stolen taxpayer identities is a growth industry. Even the country's top law enforcement officer, Attorney General Eric Holder, was a victim.

Even Uncle Sam can't be sure of the crime's reach. The GAO reports notes that full extent of tax ID theft refund fraud is unknown because of the challenges inherent in detecting the crime.

What is known for sure is that Florida is ground zero for the illicit tax refund industry, which was the subject last night of a 60 Minutes report. 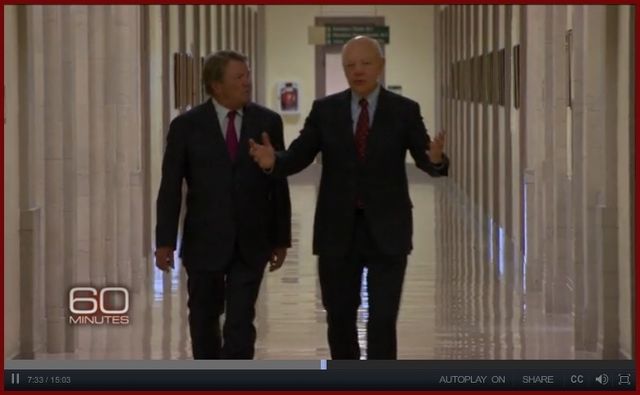 Easy for honest filers and crooks: One of the big reasons why tax fraud is so easy is Uncle Sam's desire to make it easy for taxpayers to get the tax money they're due.

"There are no supporting documents when you are filing electronically," George Piro, FBI agent and member of a special national tax fraud task force, told 60 Minutes. "And that's the ease or the convenience that was created for the benefit of the innocent taxpayer, which is now being exploited by criminals."

That's great when you're a legitimate e-filer, which most of us are. That's appalling when crooks are using the system.

And it's all because of current tax law.

The IRS eventually catches many mismatches and fake information, but not until it matches tax returns with legitimate W-2s and other reporting forms. But that's usually not until summer; the IRS begins matching employer-reported W-2 data to tax returns in July.

Since the law requires tax refund checks to be sent out within six weeks after a return is received, when a bogus return is received before a legitimate one, the check often will go out, 1040 entries unverified, to crooks.

Speeding up, slowing down: Today's GAO report has several suggestions on how to combat this gap.

One is that Congress follow a Department of Treasury proposal that would require employers submit W-2 data to the IRS sooner and do so electronically. That would allow the IRS to conduct more pre-refund matching and identify discrepancies to prevent the issuance of billions in fraudulent refunds.

Such accelerated reporting wouldn't make employers happy. Neither would a suggestion that smaller employers also electronically submit sooner their employees' earning data to the IRS.

But the GAO also has a recommendation would upset taxpayers.

The Congressional watchdog office says Uncle Sam also might consider delaying the start of the filing season or delaying refunds to ensure that the IRS can match tax returns to W-2 data before disbursing the tax money.

Uh-oh. Up to Congress: As is the case in almost everything connected to taxes, the GAO notes that there are no simple solutions.

Members of Congress agree, but seem willing, at least in light of this latest report, to try to do their legislative part to craft stronger safeguards to protect taxpayer information.

Representatives and Senators will get some more ammunition in this fight later this year, when GAO expects to issue a broader set of actions that IRS could take to combat identity theft tax refund fraud.

Any guesses on how much more tax money will go out to crooks by the time that report is ready?