Would you trust your taxes to a robot?

Most of the folks who participated in Pew Research Center's 2014 Future of the Internet canvass said they expect robotics and artificial intelligence, or AI, will permeate much of our daily lives by 2025.

If that prediction is accurate -- and I think it's a bit too soon, personally; I mean, really, we're still waiting for flying cars! -- what does that mean for us and our jobs? 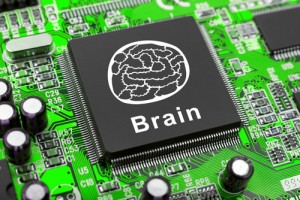 "Computers had typically been thought of as best suited for jobs that involve routine, repetitive tasks that can easily be reduced to lines of code," writes Drew DeSilver in Pew's FactTank column. "But with computer-controlled devices and systems already capable of doing far more than projected even a few years ago, many experts now see more complex jobs coming into play."

We're already on the road to eliminating cab drivers thanks to self-driving cars. What other professions are next on the AI replacement scale?

Jobs lost to technology: DeSilver looks at a couple of papers that examine which types of work might be best suited for completion by artificial intelligence.

One analysis found that computers are good substitutes for "low-skill workers performing routine tasks — such as bookkeeping, clerical work, and repetitive production and monitoring activities — which are readily computerized because they follow precise, well-defined procedures."

Another study looked at a job's routine task intensity, or RTI. A high RTI, writes DeSilver, could "be interpreted as an occupation’s potential susceptibility to displacement by automation."

Then there's the September 2013 paper "The Future of Employment: How Susceptible Are Jobs to Comptuterisation?" by Carl Benedikt Frey and Michael A. Osborne.

That work by the Oxford University academics found some tax-related jobs in danger of automation.

In Frey's and Osborne's ranking of 702 occupations by their probability of being completely computerized, a couple of tax-related jobs show up at the eventual machine replacement of humans end of the scale.

Tax tasks turned over to computers: Tax examiners and collectors, along with revenue agents, are ranked as a 93 percent potential for computerization.

OK, that would make most folks who have to deal with tax departments happy. A lot of tax collectors already seem to be heartless money grabbing machines anyway.

But this next job to fall to robots probably isn't as welcome.

Tax preparers come in at 99 percent on the Frey/Osborne list.

While on paper, tax preparation with all its forms and math calculations looks to be a good fit for total computerization, we know that won't happen. Trained people always will be needed to decipher the laws that govern the required paperwork.

More importantly, we'll need people to help work out strategies for the best, most money-saving application of the tax laws.

Tax preparation robot options: Still the idea of a robot doing taxes is interesting. And if you're a sci-fi geek like me, the options of an AI tax preparer based on existing personifications is great fun.

R2D2 seems a bit too chatty, not to mention unintelligible for the most part without his Star Wars companion C3PO to translate. Would that mean you'd pay double the preparation fee?

What about Star Trek's Data? He's certainly logical, but that could be problem with taxes. We all know that sometimes tax laws make no sense at all.

And then there's Hal, who many consider the top piece of artificial intelligence ever.  The implacable, and lip-reading space craft controller in 2001: A Space Odyssey might be just who what you want going up against an Internal Revenue Service auditor.

I'm not sure, however, that Hal would be the easiest tax preparer with which to deal.

I can hear him now dismissing your rationale for a tax break you want to claim. You're confident it's legal and will save you money.

"I'm sorry, Dave. I'm afraid you can't deduct that," he tells you in that creepily soothing voice. "This tax return is too important for me to allow you to jeopardize it."

Regardless of what robotics advances are made in the near future, I'm sticking with a flesh and blood tax professional.

Computers process multiple variables faster and with greater accuracy than the human brain. However, a human must input the variables. Misunderstanding or omitting selective variables changes the output of the computer's instruction set. I see errors every year on self-prepared tax returns using computer software that's allegedly infallible.

I sure hope robots never replace me, I'm not sure I'm qualified to do anything else.