Massachusetts unemployment overpayment calls are legit,
but other telephone contacts across the country are tax scams

Being unemployed not by your own choice is no fun. At least unemployment benefits help many folks make it through the rough patch.

But if the payments were wrong, then a whole set of other problems arise.

That's the case in Massachusetts. The state suspects that 63,000 people from as far back as 1985 improperly got jobless benefits and it wants the money back. 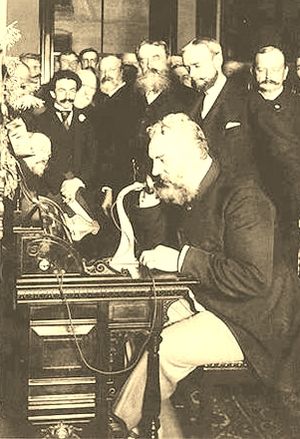 Since July, state officials have been notifying folks via automated phone calls that it thinks they were erroneously paid.

The Massachusetts robocall message sounds like telemarketer spam or a possible scam:

"You are required to pay this debt. Failure to repay your overpayment may affect your ability to collect future unemployment insurance benefits as well as impact your state and/or federal income tax refunds."

The Bay State is serious about recouping the money. According to the Boston Globe, the average amount of the overpayments is about $2,500 a person. Some cases, however, involve amounts as little as $100.

If the individuals did indeed get unemployment payments that they shouldn't have and don't turn it back to the state, they could see the money taken out of future state and federal tax refunds.

More states operating recovery programs: So far, Massachusetts has recovered more than $400,000 in overpayments. State officials say they could end up getting at least $157 million back. The money will go into the state unemployment insurance trust fund to pay future benefits.

Massachusetts is not alone.

Here in Texas, the state workforce commission maintains a website where it lists efforts to stem unemployment fraud, along with the names and punishments of convicted benefits cheats.

The Boston Globe reports that in recent years Oregon, Colorado and Illinois also have sought to recover millions in various government overpayments.

Some calls are scams: Massachusetts' telephonic outreach is legitimate. But other official sounding calls too often are scams, created solely to use the implicit power of government to scare folks into handing over their money to crooks.

That's the case with a current telephone scam I discussed last this week at my other tax blog. These con artist callers purport to be from the Internal Revenue Service, tell call recipients that they owe back taxes and demand payment bill immediately.

Unless they pay up quickly, say the con artists, the individuals could face severe consequences, including jail time.

Unfortunately, this scam, already described by the IRS as the largest ever, is growing. So if you get any call that's ostensibly from an IRS agent, be skeptical.

When Uncle Sam has a problem with your taxes, the IRS doesn't make initial outreach by phone. Instead it sends you a paper notice through the U.S. Postal Service.

It was crime central last this week at Bankrate Taxes Blog, where I also blogged about a pair of criminals charged with defrauding the U.S. Treasury of $400,000 by filing fake tax returns.

The kicker in this case is that the two men allegedly running the fraudulent refund scheme were inmates in a Minnesota state prison.

You usually can find my Bankrate blog posts every Tuesday and Thursday at that personal finance website. If you miss them there, check here at the ol' blog the following weekend -- or sometimes, like today, sooner - for highlights and links.