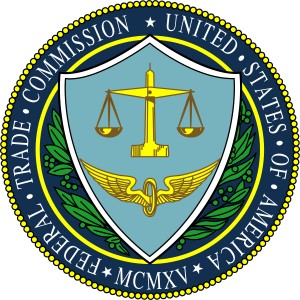 Back in February 2013, the Federal Trade Commission reached a settlement under with a Beverly Hills, California, company accused of running a nationwide tax relief scam that bilked consumers out of $60 million.

Now 18,571 people who paid American Tax Relief (ATR) to reduce their tax debts are getting some of their money back.

The FTC today announced that it is mailing refund checks totaling more than $16 million to the aggrieved former ATR clients.

Money lost for years: It's taken a while for the folks who fell for the offer to help whittle down what they owed the Internal Revenue Service paid to get any money back.

Federal prosecutors first filed charges against ATR in 2010. In August 2012, a federal court entered a partial summary judgment in favor of the FTC, finding that the defendants falsely claimed they already had significantly reduced the tax debts of thousands of people and falsely told individual consumers they qualified for tax relief programs that would significantly reduce their tax debts.

The court issued a $103.3 million judgment against the company.

The FTC ultimately decided to go with a settlement of only around 15 percent of the court's amount. When the folks who signed up with ATR, this was not the pennies on the dollar deal that they expected.

So why did the government agree to the lower amount? Continued court fights would cost more money. And in reality, the company's assets that were turned over to the FTC were only worth the lower amount.

Last year when the FTC announced the settlement deal, FTC spokesman Frank Dorman noted, "That's all there is to be gotten."

Now the tax relief scam victims are finally getting back a bit of their money. As the old saying goes, something's better than nothing.

Don't be a victim at all: The FTC has some suggestions so that you don't find yourself in a similar situation of having to recover money from someone who fraudulently offers to help eliminate or lower your tax bill.

Read your notices from the IRS or your state comptroller. Ask them about collection alternatives.

If you can't pay your tax bill in full, the IRS offers a variety of payment options, such as installment payment plans as well as the offer in compromise option. Talk with a reputable tax preparer who's experienced in tax debt resolution about official payment possibilities.

Ignore promises from any company that says you are "qualified" or "eligible" for a tax relief program to resolve your tax debt. Only the IRS or your state tax officials can make that determination.

Walk away if a company requires a fee in advance for tax relief services.

And if you do happen to lose money to a tax relief scam, file a complaint with the FTC.