The dreaded Foreign Account Tax Compliance Act, or FATCA, took effect July 1, giving the IRS another tool to track down international accounts that U.S. citizens use to avoid paying Uncle Sam his due. 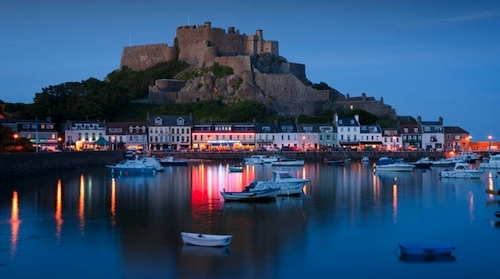 Do you know what tax haven country is home to this ancient castle?

That's right. The good old U. S. of A. is considered a fine tax haven for Oz residents looking to pay a little less to the their tax man. It comes in at number six in M2 Australia's list of "Our 10 Top Favourite Tax Havens." (And yes, I listed the story's title because I love the extra vowel in favorite.)

In putting together its list, the men's lifestyle magazine says "any place that modifies its tax laws to lure in foreign capital could be considered a tax haven."

As for why the United States made the list, the magazine notes that while the U.S. loses "a ton" of tax revenue every year, it also "earn[s] some of it back from everyone else." Specifically, according to M2:

"The United States is the world's largest economy and its main financial centre in Wall Street is, on some measures, the world's biggest. In general, the United States has played a pioneering role in devising ways to defend itself against foreign tax havens, but has failed to address its own role in attracting illicit financial flows and supporting tax evasion."

Tax watchers will notice that several of these countries are also on the U.S./IRS tax haven hit list.

Name that tax haven: And, oh yeah, that photo. Figured out which of the Australian tax havens it shows?

The 13th century fortress was the island's main defense against the French, whose coastline was only 14 miles away.

Subsequently, the castle also served, according to AboutJersey.net, as "a desolate home to debtors, criminals and the occasional suspected witch."