And the bit-by-bit approval of expired tax extenders continues in the House. 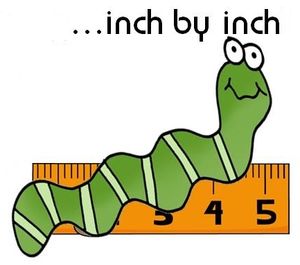 The expired tax laws, part of 55 provisions known collectively as extenders because Congress usually has renewed them every year or so, are supported by most lawmakers.

But renewal of the legislation also is typically hampered as Representatives and Senators try to make political points or, in election years like 2014, avoid political controversy.

Also complicating the extenders consideration in the 113th Congress are the different approaches taken by the chairmen of the House and Senate tax-writing panels.

Wyden's committee approved most of the expired tax laws en masse as the Expiring Provisions Improvement Reform and Efficiency (EXPIRE) Act back on April 3. An attempt to get full Senate approval in May failed.

Camp, meanwhile, continues to push out the bills in a more selective fashion. The charitable giving tax breaks are the latest example of the House tax writer's method.

The House on July 17 approved H.R. 4719, America Gives More Act, which rolled five charitable provisions into one bill. The measures, approved by Ways and Means at the end of May, include three donation-related extenders and two new charity provisions.

Three extenders: First, a look at the old bills that the House agreed to not just renew, but to make permanent so taxpayers would no longer have to worry about expiration dates.

The biggie from the individual taxpayer perspective is the option for some seniors to donate to charities from their Individual Retirement Accounts without a tax penalty.

IRA owners age 70½ or older could directly transfer, or rollover, up to $100,000 a year from their accounts to qualified charities. This gift would enable the donating traditional IRA owners to meet their required minimum distribution, or RMD, obligations.

H.R. 4719 also makes permanent charitable gifts of food inventories, as well as expands the law to include more companies.

And in addition to being put permanently into the tax code, the extender that covers contributions of conservation easements also would increase the amount of land or property donated for charitable use.

Instead of having to donate by the Dec. 31st end of the tax year, charitable contributions could be made as late as the April 15 filing deadline, the next year.

Supporters of this change note that at the end of the year, many taxpayers have no idea what their tax liability will be. When they do complete their annual returns, they learn they could have saved some money by making a deductible donation, but it's too late.

Allowing taxpayers to make deductible contributions prior to filing their tax return is likely, say supporters of the extended giving period, to increase financial support of charitable causes.

I like this one. I definitely could see myself being a little more generous once I've run my 1040 numbers.

Most of the Democrats who opposed the bill did so because the provisions are not paid for.

That's the same reason the White House has given in its opposition to the bill, which the Administration says would add $16 billion to the budget deficit over the next decade. The White House also criticized House Republicans for supporting tax breaks that mainly benefit wealthier Americans while refusing to extend unemployment benefits for the long-term unemployed, most of whom are at the lower end of the earnings scale.

And this was just a preliminary battle. Before the White House even gets a chance to officially say no, the measure would have to make it through the Senate.

This just underscores what we already knew. The final fight over any or all of the extenders won't happen until after the midterm elections in November.