The debate on the use offshore tax havens has been heating up.

On the individual side, the Internal Revenue Service on July 1 got a new tool, the Foreign Account Tax Compliance Act (FATCA), to track down international accounts the tax man says are used to avoid paying Uncle Sam his due. 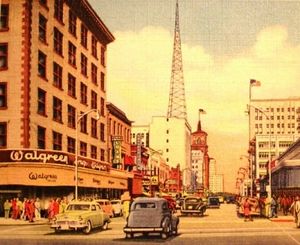 On the corporate side, the conversation about offshore tax havens went off the charts when the iconic, 114-year-old pharmacy chain Walgreens -- the inventor of the malted milkshake, for heaven's sake! -- announced it was considering moving its headquarters from Deerfield, Illinois, to Switzerland to lower its tax bill.

If Walgreens does relocate its main office abroad, it would have lots of a corporate inversion, also often referred to as tax inversion, company.

Tax inversions are accomplished by a corporation acquiring an overseas operation and then changing the paperwork to show that offshore location as its headquarters.

"From New York to Silicon Valley, more and more large American corporations are reducing their tax bill by buying a foreign company and effectively renouncing their United States citizenship," noted the New York Times' DealB%k column back in October.

Legal but controversial: The trend, which is legal under the current Internal Revenue Code, has become so popular, or at least more reported, that it has generated not only a recent Senate Finance Committee hearing, creatively titled "The U.S. Tax Code: Love It, Leave It or Reform It!," but also the president's ire.

In a speech July 24 at Los Angeles Trade-Technical College, President Obama called for "economic patriotism" among U.S. multinationals. The global companies, the president said should pay their fair share and not resort to tax avoidance maneuvers unavailable to individuals and most American businesses.

Obama reiterated his call for an end to "gaming the system" in an interview with cable business news network CNBC, saying the firms are "basically taking advantage of tax provisions that are technically legal but ... [they] are really not doing right by the country, by the American people."

Pending, political legislation: Two bills have been introduced in Congress to deal with tax inversions as set forth in the president's fiscal year 2015 budget.

Nothing will happen this year with either bill. But look for the topic to come up as the November midterm elections near.

Should you invert? OK, individuals technically can't perform a tax inversion. But we can expatriate and move abroad for tax and other reasons.

If you're unsure, check out the Washington Post's interactive guide to legal tax arbitrage. The flowchart asks some basic questions and then offers a yea or nay.

Remember, of course, that the newspaper's expatriation/inversion advice should in no way take the place of a more thorough consultation with an international tax expert.

Until that meeting, though, have fun!

Domestic tax moves, too: Relocation within the United States also often has a tax component. But as I discussed last this week at my other tax blog, wealthy New York City residents don't seem too worried about taxes when they load up the moving vans.

Despite the Big Apple's additional sales, transportation and income tax rates, higher income folks who leave its boundaries don't go very far. In fact, most tend to settle in nearby states or neighborhoods that also have high taxes.

Also this week at Bankrate Taxes Blog, I looked at what might happen to individuals who bought health insurance on a federally-run marketplace now that one court has said that's not legal and another says the credit is OK for all.

For now, the head of the Internal Revenue Service says not to worry. The agency will be applying the advance premium tax credit as usual pending a final legal resolution.

I usually post my additional tax thoughts over at Bankrate every Tuesday and Thursday. If you miss them there, check here at the ol' blog the following weekend -- or sometimes a day earlier -- for the posts' highlights and links.