Did you make it through last night's prime time grilling of the Internal Revenue Service Commissioner?

Don't feel bad. I had to take a break and catch up via tape later myself. I admit it; Jack Bauer was kicking butt! 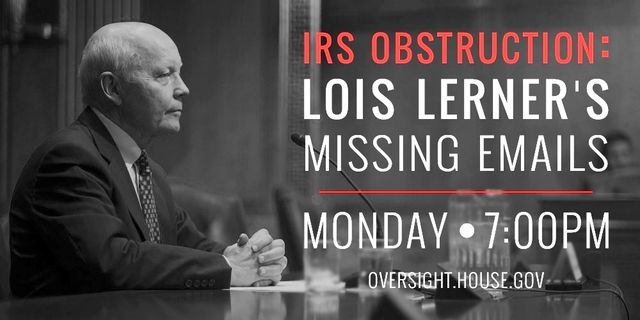 But even the unusual evening session couldn't generate much new excitement. House Oversight and Government Reform Committee Chairman Darrell Issa (R-Calif.) rehashed much of what his Ways and Means colleague had covered just before the weekend break.

Issa's technique, of course, was bit grittier than that of tax panel Chairman Dave Camp (R-Mich.). But the results were the same.

During the almost four-hour session Monday night, Issa and other Republicans accused the IRS of trying to hide email correspondence of Lois Lerner, who previously headed the tax agency's Exempt Organizations unit. Issa wanted to know why the emails were not preserved as paper copies under federal record keeping rules.

The subject of record retention was a topic this morning during part two of the hearing. The key witnesses were a White House attorney and the National Archivist. 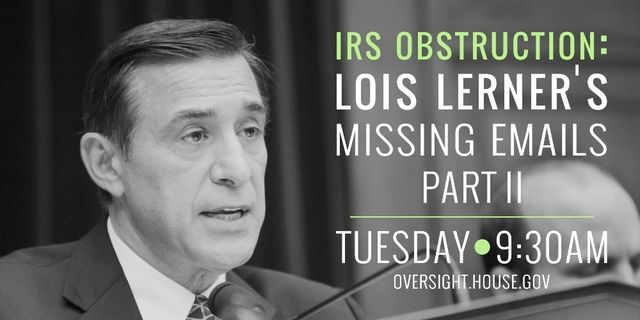 Not quite a blockbuster: The Oversight Committee's announcements of the back-to-back hearings had the look of movie ads. And the events themselves had the feel of a common Hollywood trend.

The sequel wasn't as good as the original.

David S. Ferriero, archivist of the National Archives and Records Administration, was called to answer questions about federal record keeping requirements. Monday night, Koskinen's described some agency emails as records, but said not all of the communications are official records subject to the retention rules.

He did later say under questioning that he believed the IRS fell short of Federal Records Act requirements when it did not notify the National Archives of the loss of Lerner's emails when her computer crashed.

The hearing did heat up a bit during questioning of O'Connor, whom Issa described at the start of the session as a hostile witness. She objected, but he insisted: "Yes, you are."

Later, however, Issa backed off, saying the "term I should have used was 'non-cooperative witness' rather than hostile."

Before joining the Obama Administration earlier this year, O'Connor served as counsel to acting IRS Commissioner Danny Werfel between May and November 2013 and helped supervise the collection of documents that the IRS was providing to Congressional investigators.

Some no-name drama: And things did get tense during O'Connor's interrogation by Rep. Jason Chaffetz (R-Utah), who appeared agitated when he could not elicit the answers he wanted from the Obama attorney. 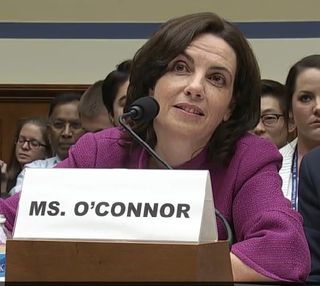 Chaffetz wanted O'Connor to provide names of those with whom she worked at the IRS in collecting material for the various Congressional inquiries. GOP lawmakers believe political pressure, perhaps from the White House, influenced the IRS' review of applications for 501(c)(4) tax-exempt status.

The IRS has admitted to using improper screening methods to make the tax-exempt determinations. The initial focus, via a Treasury Inspector General for Tax Administration report, was on conservative and Tea Party groups. It later was revealed that liberal and progressive groups also were targeted using be on lookout, or BOLO, lists.

"Who did you work with at IRS?" Chaffetz asked O'Connor. When she provided names of supervisors, the Utah Representative persisted. "I want actual names. Who reported to you?"

A lawmaker's insistence that a witness name names before a Congressional panel ramped up the tension. To some, it conjured images of Joseph McCarthy's demands.

Apparently sensing the awkwardness, Issa stepped in. He interrupted Chaffetz's questioning and tried to lighten the tone.

Citing similar difficulty he had during questioning of Koskinen Monday night, Issa said, "It appears the ability to remember at the IRS is limited."

See for yourself: You can watch, courtesy C-SPAN, both hearings. Just have enough popcorn to get you through them.

You also can find documents and statements related to the hearings, part 1 and part 2, at the Oversight Committee's website.

Will there be a House Oversight lost email trilogy? Perhaps, but they'll have to do it without a crowdfunding campaign. The only way the panel could get enough public support for yet another rehash of this script is if Kristen Bell, my non-related (natch!) Vernoica Mars portrayer, had a role.

Why aren't people, especially those who should know about the IRS, willing to take this seriously?

This *is* Watergate, except these accusations are a heck of a lot more serious. And now we've had our Watergate moment of "losing" evidence. Good grief!

Any concern at all about the long term implications? (Especially about the "my dog ate it" reason for not producing emails that should have been properly archived.)

I have to say what bothers me the most is the type of complacency I see here. Once the IRS becomes *anyone's* political arm, we stop living in a free country. Just because liberal groups were supposedly also targeted doesn't make *any* of this okay.