How's your Friday the 13th going? I hope you're not too friggatriskaidekaphobic because today actually is pretty cool. 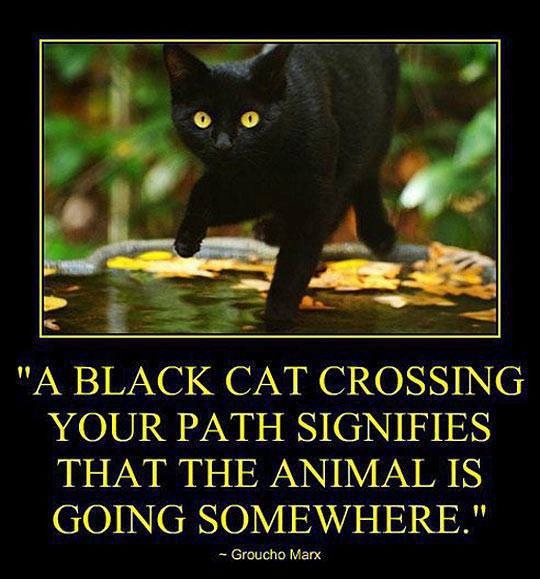 "Amid the cold and deep snows of midwinter, the wolf packs howled hungrily outside Indian villages. Thus, the name for January’s full moon. Sometimes it was also referred to as the Old Moon, or the Moon After Yule. Some called it the Full Snow Moon, but most tribes applied that name to the next moon."

The last time these two events fell on the same day was Oct. 13, 2000. The next time will be Aug. 13, 2049. Here, courtesy ResearchManiacs.com, are the past and future Friday the 13ths and full moon days: 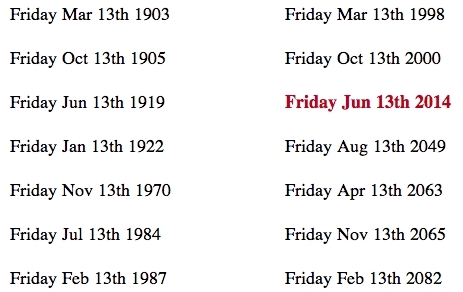 I admit it. I tend to be a bit superstitious, but most of my irrational notions have to do with sports. If only the T-shirt I choose to wear did have an effect, all my teams would be continual champions!

A lot of folks also have some interesting and misplaced ideas about money in general and taxes specifically. So today seems perfect to add taxes to the convergence of Friday the 13th and the full moon.

Here are 13 tax myths you shouldn't fall for on a somewhat trepidatious day like Friday the 13th or any day.

1. Students don't owe taxes.
There are lots of tax breaks for dependent children, including older kids attending college. But the U.S. tax code doesn't exempt folks who earn money from their tax obligations just because they're young or in school. If you earn enough for your age and filing status, the Internal Revenue Service expects you to file a 1040.

2. Married couples must file a joint return.
Most husbands and wives do file one Form 1040. But they don't necessarily have to. Married couples -- and that now includes same-sex married couples -- have two filing options, married filing jointly or married filing separately. Separate returns by spouses usually mean higher tax bills for the spouses, but in some situations it's the better move. And if you're still legally married but separated and are caring for a dependent child, you might be able to file as a head of household.

3. An audit involves time-consuming meetings with the IRS.
Sometimes, but not always. IRS data over the last few years have shown that less than 1 percent of individual returns that were audited were examined in person. Most tax audits are actually solved through the mail, known as correspondence audits. So while every taxpayer's goal is to avoid any kind of audit, don't obsess over the possibility that you'll face a full face-to-face field audit. And if you do happen to get a notice from the IRS, be sure to answer its questions as soon as possible to resolve any IRS questions about your return.

4. Tax filing is voluntary.
Sorry, but this is a load of hooey perpetuated by tax protesters. Folks have latched onto the use of the word "voluntary" but ignored its companion word "compliance." Yes, the U.S. tax system is built on voluntary compliance. This means we are legally bound to pay our taxes and the IRS depends on us to do that on our own. Most of us do. The National Taxpayer Advocate noted in her 2013 report to Congress that 98 percent of all tax revenue the IRS collects is paid voluntarily and on time. As for that two percent that doesn't voluntarily comply, the IRS goes those folks.

5. Illegal income is tax-free.
You and all the wannabe Al Capones out there wish! While the IRS doesn't care how you get your cash, it definitely wants its rightful portion of your money regardless of its source.

6. Claiming a home office will automatically trigger a tax audit.
This might have been true long ago, but nowadays more people are legitimately working from home. In fact, the IRS has made it easier to claim a home office with the simplified deduction option. Whether you use the original deduction option or the simplified one, make sure your office is used exclusively for work. And as with any deduction, the key is to avoiding a special IRS inquiry, or at least ending it as soon as possible, is thorough documentation.

7. If I didn't get a 1099, I don't owe any tax.
Wrong, wrong, wrong. Independent contractors might not get a tax statement from a payer if you earned less than $600 for the job. But that $600 figure refers only to the amount that triggers the requirement that a paying entity send out the form. Regardless of how little you earn, and even if you don't get a 1099 or any other documentation, it's taxable income. Sure, it might be difficult for the IRS to track down those various $50 and $100 payments, but if it does find them, you'll owe the taxes on the unreported earnings along with penalties and interest for not including them on your 1040 in the first place.

8. A tax refund means my return is fine.
You filed. You got your refund. Tax case closed, right? That's usually the case. But that check from Treasury or direct deposit of the amount doesn't necessarily mean you're in the clear. The IRS generally has up to three years to take a closer look at your filing. If finds an issue during that time, you'll be hearing from an agent.

9. After three years, the IRS can't audit me.
For most taxpayers, three years from the date a 1040 is filed (or the due date, whichever is late) is the amount of time that the IRS has to audit a return. But several things can affect the statute of limitations when it comes to an audit. If, for example, you don't send in a return, the IRS gets to look into your taxes whenever it sees fit. And if there's an indication of tax fraud, there's no limit on when the IRS can review your filing.

10. If the IRS is OK with my return, my state taxes also are fine.
This usually is true. Most of the states that do collect income taxes use your federal return as the basis for the filing. But anyone who's filled out a state tax return (ah, fond memories of our Maryland filings) knows that there are some tweaks of your federal data on the state forms. And state tax departments are getting pickier as states have suffered financial losses during the recession. So double check those forms so that you don't hear back from your state tax office.

11. Standard deduction filers get stiffed.
True, most taxpayers claim the standard deduction instead of itemizing. It's also true that they lose out on some popular tax-cutting deductions, such as mortgage interest, property taxes and charitable donations. But there are more than a dozen tax breaks that don't require you to fill out Schedule A.

Check out these above-the-line deductions, so named because they are in a section above the last line on page 1 of Form 1040 and 1040A, for some nice tax savings whether you itemize or not. A couple of these, the write-offs for tuition and fees and educators' out-of-pocket expenses, are part of the tax extenders package that must be renewed; that's likely to happen later this year. The others, such as the deduction for up to $2,500 in student loan interest and for contributions to a traditional IRA or a self-employment retirement plan, are permanent parts of the Internal Revenue Code.

EXTENDERS UPDATE: Some extenders were made permanent parts of the tax code at the end of 2015 thanks to the Protecting Americans from Tax Hikes, or PATH, Act. But one tax break that did expire at the end of 2016 was the tuition and fees above-the-line tax deduction.

12. Amending a return will get you audited.
Based on all the audit-related myths, the thought of facing an IRS examiner obviously is a top tax terror. But the idea that correcting or changing an old 1040 will automatically prompt an audit is wrong. Most people file a 1040X because they discovered they missed something on their original return that will get them a lower tax bill or bigger refund. If, however, you find you made a mistake that will cost you a bit more, you should amend your return anyway. Getting your taxes right is what you and the IRS both want. An effort to do that won't put an IRS target on your back.

13. My tax preparer is liable for any errors.
Sorry, but you are still ultimately responsible for any mistakes on your tax return. If it's a joint filing, both spouses are jointly and severally liable, which is legalese for the IRS will come after you both for any due taxes. You should have paid better attention to the statement on your return just above the line for your signature. The one that talks about "under penalties of perjury" ...

... and says "I declare that I have examined this return." That puts the onus on you, not your preparer.

And while there are instances where paid preparers can be held culpable, the bottom line (or penultimate section of your return) is that it's your taxes, your return, your responsibility. You agreed to that by inking your old-fashioned John Hancock on a paper form or via an e-signature for electronic filing.