Are you heading out this coming Memorial Day weekend? I hope you have a great break from your job or whatever you're trying to escape.

One thing you won't be able to avoid, however, is taxes.

If you're flying, you already know about the tax ding on your travel budget.

Cost Breakdown of an Airline Ticket from Airlines for America (A4A)

The biggest cost is for fuel (just scroll down the slide above), with 21 percent of your ticket price paying to fill up the jet.

Tax adds to ticket prices: Federal taxes, however, are a close second at 20 percent of your airfare.

There's the 7.5 percent federal ticket tax, along with a "flight segment tax," an airport passenger fee and a charge to cover airline security.

If you're traveling abroad, it gets worse, thanks to a variety of charges for Customs and immigration.

And by summer, taxes might even take over the top spot in your air travel costs.

A hike in security fees takes effect in July, meaning that the typical $300 domestic airline ticket will include $63 in ticket taxes and other government levies. That's effectively 26 percent of the base fare of $237.40, notes Condé Nast Traveler.

Road costs, too: Ever increasing airfares are one of the reasons that most of us will be traveling this Memorial Day weekend and beyond by auto.

AAA analysts expect more than 36 million Americans will take a trip this long holiday weekend, which the travel association counts as beginning today, May 22, and running through Memorial Day Monday, May 26.

Of those travelers, which AAA says should hit a new post-recession high, an impressive 88 percent, or almost 31 million, will do so by car. That's an increase from last year's 31.4 million Memorial Day drivers.

That's going to be a lot of traffic at gas stations across the United States.

And, as is usually the case when the summer vacation season begins, pump prices will be at least a tad higher.

Part of that price, is of course taxes, thanks to both the federal gasoline tax of 18.4 cents per gallon and each state's various taxes and fees.

Paying the taxman to stay: And if you don't crash at a relative's place, you'll have to cover some taxes in your lodging bill.

The hubby and I got a taste of those taxes when we headed to Houston for a few days at the end of April. Our downtown hotel bill included 15 percent in taxes per each night. 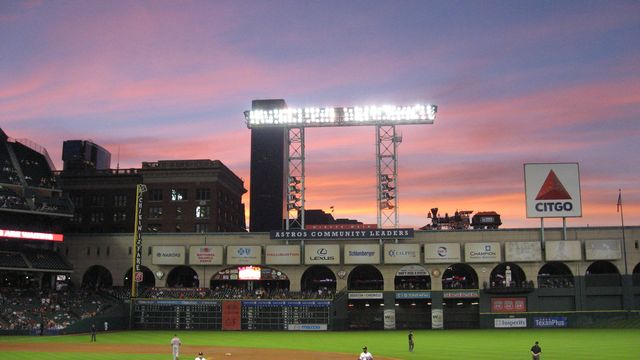 It was a nice establishment, an easy walk to the Astros park, so that daily tax amount came to essentially the cost of a dinner for two (sans wine) for each day's stay.

We expected it, so we budgeted for the added tax costs. You should, too.

If you don't think about travel taxes -- on transportation, food, lodging, amusement offerings -- before you head out, the surprise levies could put a damper on your excursions.