The adage that the more things change the more they stay the same definitely applies to Congress in general and to tax legislation in particular. 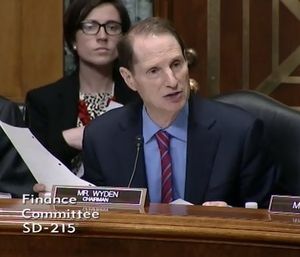 New Senate Finance Committee Chairman Ron Wyden (D-Ore.) called his panel together this morning to review the Expiring Provisions Improvement Reform and Efficiency (EXPIRE) Act. That's Wyden's version of the extenders tax measures that ended with the start of 2014.

Wyden's original version of EXPIRE called for many, but not all, of the now-dead measures to go back into the tax code for the 2014 and 2015 tax years.

In his opening statement, Wyden emphasized the "need to balance short-term needs with long-term goals." He also noted that he and ranking Finance member Sen. Orrin Hatch (R-Utah) agreed to start trimming and reconfiguring "this overgrown web of extenders."

"After President Reagan signed the 1986 tax reform act into law, there were only 14 provisions that carried expiration dates, and we've got a lot of work to do to fix the tax code," said Wyden. "So when the committee put this package together, we said no to some things and reformed others. I hope we can all get on the same page today and be sparing with amendments."

Sorry, Mr. Chairman. Not this time.

Your assumption of the top Finance post about three weeks ago signifies a new look for the panel, but your mark-up today was a perfect example of how the change/same issue comes into play.

After hearing from his colleagues, who came up with 93 amendments to the first version of EXPIRE, Wyden issued a revised mark that added back some of the excised extenders.

In the end, 52 of the 55 extenders were approved by the full panel today after a three-and-a-half hour session.

Eyeing the extenders: So what's now on track to be added back to the tax books? It's the usual tax suspects.

On the individual side, they include:

Popular business extenders that Senate Finance would like to see continue include:

Then we have the provisions that catch the eyes of journalists and a lot of flack from taxpayers and some members of Congress. These include:

And what about those three sad, dismissed extenders? Not making it into EXPIRE were empowerment zone tax incentives, the credit for energy-efficient appliances and a provision dealing with partial expensing of some refinery property.

Awaiting House action: Now we wait for the House. Most of these extenders are popular on that side of Capitol Hill, too.

However, outgoing Ways and Means Chairman Dave Camp (R-Mich.) is said to be considering a different type of extenders proposal. In February, he addressed many of the extenders in his comprehensive working draft for wider tax reform, a cause near to Camp's legislative heart.

Dueling extenders bills could push any final passage -- and any definitive tax planning and moves by individual taxpayers and companies -- until later in the year.

How much later? Some think it won't happen until after the November mid-term elections.

Let's hope it doesn't slip into December, as has happened in previous years.