April 15 is the federal individual income tax filing deadline. It's also the filing deadline for tax returns in 38 states and the District of Columbia.

But sometimes those deadlines get extended.

That's generally good news for filers, but sadly it's also usually because something bad happened.

Washington State mudslide tax relief: That's the case for residents of the Oso, Wash., area. That community in Snohomish County was declared a major disaster area after a deadly mudslide on March 22. 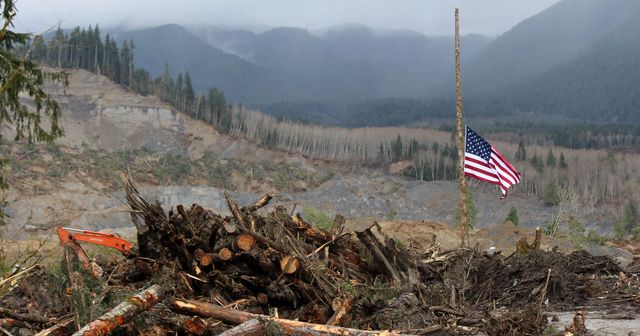 Residents of that country, along with members of the Sauk-Suiattle, Stillaguamish and Tulalip tribes, have until Oct. 15 to file tax returns that under normal circumstances would be due today.

Technically, the Internal Revenue Service announced that various tax filing and payment deadlines between March 22 and mid-October now are not due until Oct. 15.

In addition to today's annual April 15 filling due date, affected residents have six extra months to make 2013 contributions to individual retirement accounts as well as pay their April 15, June 16 and Sept. 15 estimated taxes.

IRS extensions usually mean that only the paperwork is excepted from the deadline. However, in this case, according to the IRS, the six extra months also applies to the payment of any taxes due. The IRS will abate any interest, late-payment or late-filing penalty that would otherwise apply.

The agency will automatically provide this relief to any taxpayer with an IRS address of record in the Washington State disaster area. Affected taxpayers don't need to contact the IRS to get this relief.

Colorado flood filing relief: In September 2013, much of north-central Colorado was devastated by floods.

Colorado taxpayers who sustained flood damage have until Oct. 15 to decide which tax year in which to claim disaster losses suffered in the severe storms that struck the state between Sept. 11, 2013, and Sept. 30, 2013.

Determining which year in which to claim the losses could make a big difference in how much tax savings are available. That decision shouldn't be made without thorough examination of the options. The extra filing time allows Colorado residents time to make the better filing choice.

Because of delays this has created, Massachusetts tax officials say that state taxpayers now have until midnight Friday, April 18, to file their state returns. that same extended deadline also applies to state requests for an even longer extension to file.

The Massachusetts Department of Revenue is, according to its website, "actively working to resolve this issue."

If you're affected by these extensions, I'm sorry for the troubles that have prompted the extensions.

However, I'm glad you have the time you need to do you federal and state tax returns right.