On the heels of reports of doctors being targeted in a nationwide identity theft scheme and a new e-file phishing effort, comes news of other alleged tax criminals being caught. 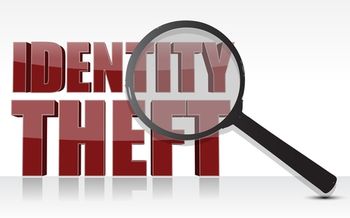 A federal grand jury in Erie, Pennsylvania, has indicted five men in connection with an alleged identity theft scheme in which the Internal Revenue Service paid out approximately $10 million in fraudulent tax refunds.

The good news, in addition to the indictment, is that the alleged tax criminals got less than half of the fraudulent refund amounts for which they filed.

All told, said the Federal Bureau of Investigation in announcing the indictments, the alleged conspirators submitted around $21 million in fraudulent tax refunds.

"We have dismantled a massive stolen identity ring that involved thousands of victims and tens of millions of dollars in losses," said U.S. Attorney David J. Hickton this week in announcing the charges that were returned on April 8.

According to the 13-count indictment, the five men conspired to commit wire fraud and aggravated ID theft. After stealing the identities via the Internet, federal investigators say the five men opened bank accounts in their victims' names and had some of the fraudulently obtained federal tax refunds deposited into them. A portion of the stolen tax refunds also was reportedly sent to Nigeria.

Kushimo and Bakre face the most potential jail time, according to the FBI, 38 years and 36 years, respectively. Adeyemi, Gbadegeshi and Mejule each could face a maximum total jail sentence of 20 years. All five defendants are subject to a maximum fine of $250,000 or twice the amount of loss to the victims.