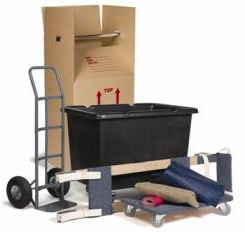 How often do you think of moving?

I do when Austin's weather is too hot or too cold or too wet or too dry. I also check out moving companies when the Texas legislature is in session.

The hubby and I are not alone in occasionally considering relocation. Like many Americans, we've lived in a lot of different places. We've made homes in our native Texas, as well as in Washington, D.C., Maryland and Florida.

In each of these cases, work was part of our move. And that meant we got relocation help from our dear old Uncle Sam.

No, he and his red, white and blue uniformed crew didn't show up to pack boxes or load our belongings onto a van. Instead, he let us deduct our moving costs.

As today's Daily Tax Tip notes, when your move is related to work and it meets the distance requirement -- your new job must be at least 50 miles farther from your previous residence than your last office was; this diagram helps illustrate -- then most of your expenses can be claimed as an above the line deduction.

This means you don't have to itemize to take them. Just enter your allowable moving costs on Form 3903 and transfer the final amount from it to line 26 of your Form 1040.

Where are you going? United Van Lines' 37th Annual Migration Study found Oregon was the top moving destination of 2013. 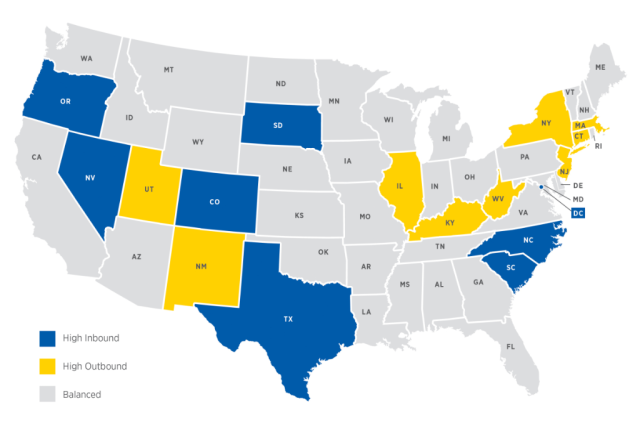 Other places that United found folks were eager to get to last year, in order behind Oregon, were South Carolina, North Carolina, the District of Columbia, South Dakota, Nevada, Texas and Colorado.

Similarly, Atlas Van Lines has been tracking its move data since 1993. That company's 2013 Migration Patterns study found that while the total number of moves increased six percent from 2012, most of the United States had a balance of inbound and outbound moves.

Areas where residents did most of the moving continued to be the country's most populous states: California, Texas and Florida. 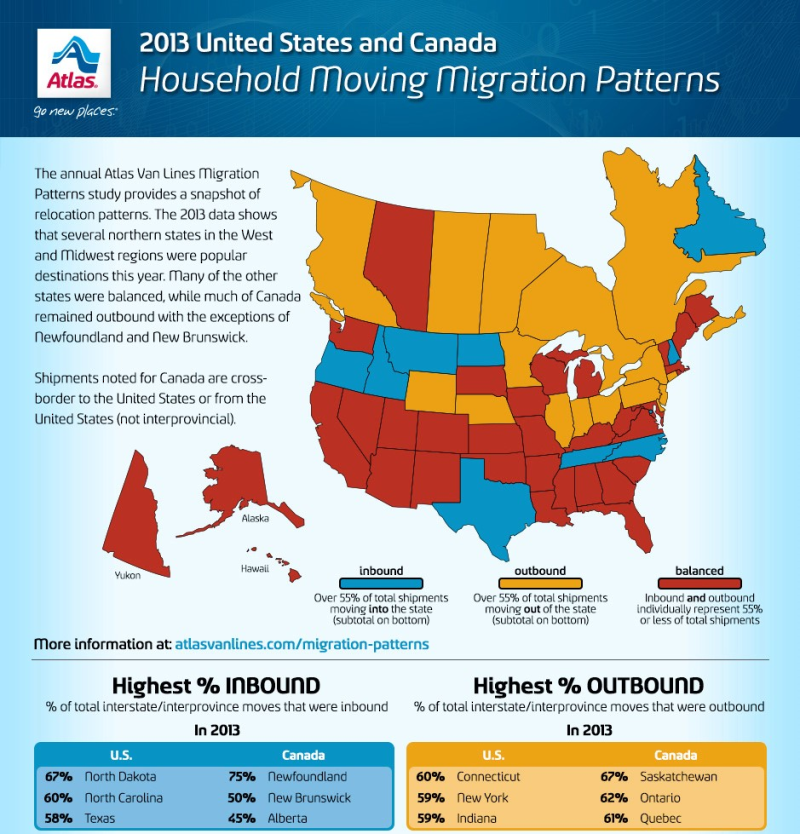 If you were part of the 2013 migration from state to state, be sure check into whether Uncle Sam can help cover some of your costs as your file your tax return this year.

And if you move in 2014, hold onto to those relocation receipts for your filing next year.