The recent harsh winter weather has been tough on everyone. But parents are feeling special heat. Sorry. I mean special pressure. 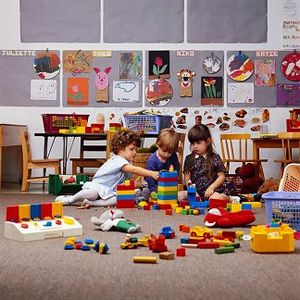 Schools have been closed an inordinate number of days across the country. That's meant working moms and dads have had to stay home with the youngsters, take the kids to work with them or hustle to find day care.

Even in the best weather and circumstances, finding reliable child care is difficult and costly. There is, however, a tax break that can help, the child and dependent care tax credit.

While this credit can be claimed by eligible taxpayers who have dependents of any age, it's generally used by parents. And in his just-released fiscal year 2015 budget, Obama wants to increase this benefit.

The tax credit's two key components when it comes to caring for kids is that a qualifying kiddo must be younger than 13 and that the parents need the child care so they can go to or look for work.

Since we're talking taxes, there are of course some exceptions. The specifics of the child and dependent care credit are part of today's Daily Tax Tip. Check it out. But the youngster's age and parental work are the two biggies.

The spreadsheets in the 212-page document show that such an action would have a five-year cost of $4.8 billion.

Obama's FY15 budget, however, doesn't go into details of the expanded credit.

The White House did say the change would be aimed at parents of children younger than age 5 and could benefit about 1.7 million families. Qualifying parents would receive, says the Administration, a tax cut of around $600.

Democrats, Republican family ties? One interesting thing about the president's proposal is that its family friendly proposals are similar to some found in House Ways and Means Chairman Dave Camp's comprehensive tax reform plan.

The Michigan Republican, for example, wants to increase the $1,000-per kid child tax credit to $1,500 per child and $500 for non-child dependents.

Could it be that Representatives and Senators from both sides of the aisle might actually agree to tax law changes that are, as the old political saw goes, "for the children"?

Don't get your hopes too high. But don't discount the possibility entirely either.

Unfortunately I don't see this going through in its best form (enough people will strike it down for being too costly), though maybe they'll come together on something that still helps parents.