The Senate passed the Marketplace Fairness Act on May 6, 2013. 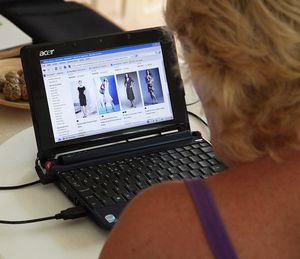 The chairman of the House committee that oversees the legislation issued his own seven Internet sales tax principles on Sept. 18, 2013, four months later.

Amazon keeps adding states to the list of where it collects sales taxes from purchasers.

And after today's Congressional hearing, a nationwide online sales tax could be a bit closer.

In his opening statement, Goodlatte compared the latest dire brick-and-mortar retail data with boomer online sales numbers. There are many reasons for the divergent directions of Main Street and Internet sales, said Goodlatte, but he noted that believe unfair sales tax laws contribute to these trends.

"Congress should examine this problem and potential solutions," said Goodlatte. The Marketplace Fairness Act, he said, "suffers from fundamental defects in three categories." They are:

Goodlatte did not seem inclined to act hastily. He called one witness to specifically address each of the seven previously issued Internet sales tax principles. The goal, he said, is to expose each area's merits and shortcomings.

From there, Goodlatte and his colleagues will, per the chairman's remarks, "start winnowing down the proposals to see if there are any that can garner support from all sides."

"There have been more than 30 Congressional hearings on this issue since 1994," noted Goodlatte. "New approaches are needed and these witnesses will present some today. I look forward to their testimony, ask everyone to keep an open mind and hope no one finds today's proceedings too taxing."

Still tax-free shopping time: As for shoppers in states that have not yet instituted online sales tax collection systems, you still have time to order some tax-free items.

Remember, though, that you likely owe your state's tax department use tax on the product.

Forty-five states and the District of Columbia have sales tax and a companion use tax. The only states without statewide sales and use taxes are Alaska (which does have some local sales taxes), Delaware, Montana, New Hampshire and Oregon.

States, however, have found it to be a major hassle, not to mention public relations debacle, trying to get the use taxes from resident online shoppers.

Yes, we online shoppers have brought Congressional involvement on ourselves. Our individual taxpayer refusal to follow our states' use tax laws is why retailers and many state tax officers want Congress to act.

And while we are still far from nationwide sales tax collection on Internet and other remote purchases, you can bet it will eventually happen.