Donating and deducting gifts to current, past disaster victims

It has been a terrible time for so many people across the world.

Many of us have been following the Malaysia Air and Washington State mudslide tragedies. But now there's a tax-related way to help those who endured an earlier catastrophe.

This new law offers a tax benefit for those who give now to the continuing relief efforts for Typhoon Haiyan, which devastated a portion of the archipelago nation last November. 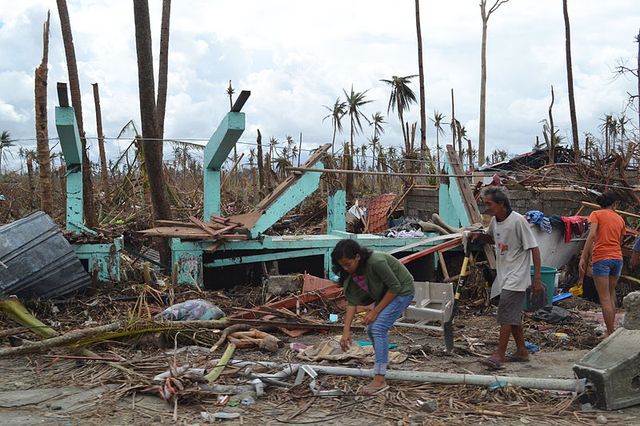 A destroyed house on the outskirts of Tacloban on Leyte Island, Philippines. This region was the worst affected by the typhoon, causing widespread damage and loss of life. Photo by Eoghan Rice for Trócaire/Caritas via Wikimedia Commons.

Any cash contribution made between March 26 and April 14 to a qualified typhoon relief effort now may be deducted on 2013 tax returns.

Speeding up the deduction: This accelerated donation deduction option is similar to the one provided for U.S. taxpayers nine years ago when they donated to another disaster halfway around the world.

In 2005, Congress allowed taxpayers to time shift for tax purposes their donations to relief efforts for the Indian Ocean tsunami that struck in late December 2004.

Closer to the lower 48, a similar opportunity was granted donors to Haitian earthquake relief in 2010. Since the earthquake hit that island nation in January, a law was enacted that allowed filers to claim certain 2010 contributions on their 2009 taxes.

Legislative delay shortens donation period: What is notable with the typhoon donations is the limiting of deductible gifts to less than three weeks, from late March to mid-April.

The reason for the condensed time frame is that it took so long for the bill, sponsored by Sen. Mazie K. Hirono (D-Hawaii) in the Senate and Rep. Eric Swalwell (D-Calif.) in the House, to make it through the legislative process.

Both measures were introduced in their respective chambers on Dec. 12, 2013. Each bill orginally called for the tax deductibility on 2013 returns of typhoon relief contributions made between Jan. 2 and Feb. 28.

But neither bill moved until March 24. And because of the time that had passed, the measure was changed to cover contributions made after the date of the law's enactment and before April 15.

Since the president signed it on March 25, donations made March 26 through April 14 now can count on 2013 returns.

Good work in a short period: The bill's sponsors are just glad their measure finally made it across Capitol Hill to the White House.

"The world watched in horror as Typhoon Haiyan devastated the Philippines and left more than 6,000 people dead, 27,000 injured and four million displaced," Hirono said. "While nations and individuals around the world sent their support and millions of dollars in aid following the tragedy, many communities in the Philippines are still struggling to recover."

Swalwell, whose district is in the San Francisco area, said that his constituents continue to ask how they can help the typhoon relief effort. "This bill signed by the President of the United States makes it easier," he said. "This typhoon was the most powerful storm ever to hit landfall and caused destruction throughout the Philippines. Recovery has only just begun, and resources are badly needed for humanitarian assistance and rebuilding efforts."

And even though the tax-related time frame is shorter, it still could be beneficial, not only for Filipinos in need of help, but also for U.S. donors to such efforts.

Timing typhoon donations: If you want to give, do so now, making sure you follow the usual charitable gift tax rules (qualified charity, itemize to claim the donation, etc.). Then when you file your return, claim the gift.

You say you've already filed your taxes, but would like to donate now and then deduct the gift. That's cool. You just need to donate and file an amended 2013 return.

Of if you prefer to claim your donation to Typhoon Haiyan relief on your 2014 tax return, that's OK too. The choice to give and when to claim the tax break is up to you.

Mudslide misery, relief efforts: There's no tax calendar juggling if you want to donate to the mudslide recovery efforts underway in Washington State. Gifts you give to those efforts will be claimed on your 2014 taxes during filing season next year. 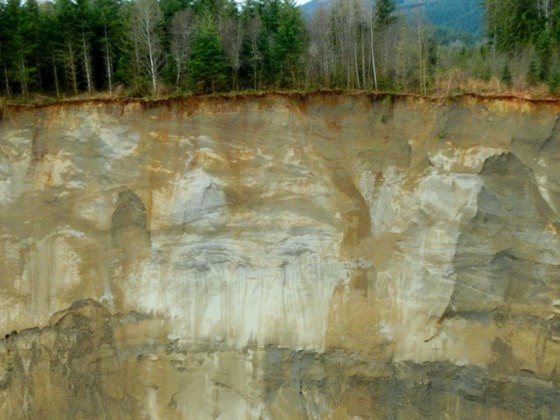 The remaining hillside after a chunk of it calved off on March 22, depositing 15 million cubic yards of mud over 49 homes and leaving a one-square-mile debris field in the Oso/Darrington area, about 50 miles northeast of Seattle, Wash.

That March 22 disaster has claimed to date the lives of 25 residents of the Oso, Wash., area. The search for those still missing continues.

And those who survived but who now have nothing left of their personal lives are in need of help.

If you want to lend a hand, the easiest way for those of us outside the area is through donations to charitable groups. They include:

Snohomish County officials also have created a FAQs page about the disaster. You also can get more information about relief efforts at a special Facebook page and the Twitter hashtag #530slide.