Are you as groggy as I am today? Twice a year I feel out of sorts as most of us shift our clocks ahead or back.

Today marks the beginning of our annual transition to Daylight Saving Time, or DST; and sorry, Bart, there is no "s" appended to Daylight, according to horologists and the Associated Press stylebook. Since 2007, provisions of the Energy Policy Act of 2005 have mandated an extra hour of DST. 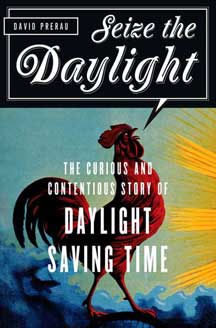 The ostensible goal of goal of moving our clocks ahead an hour is to tax maximum advantage of the sun.

U.S. Department of Transportation studies done in the 1970s found that the country's overall electricity usage was trimmed by about one percent each day of DST.

But are those energy saving findings still valid?

No, according to other researchers.

"Daylight saving is still a boon to purveyors of barbecue grills, sports and recreation equipment and the petroleum industry, as gasoline consumption increases every time we increase the length of the daylight saving period," Downing told Mother Nature Network.

"Give Americans an extra hour of after-dinner daylight," said Downing, "and they will go to the ballpark or the mall, but they won't walk there."

That's right, we automobile loving Americans will get in our cars to take advantage of our added hour.

So rather than saving energy, says Downing, DST is "a convenient and cynical substitute for a real energy conservation policy."

There's data to back him up. A report by the California Energy Commission's Demand Analysis Office concluded that, "The extension of daylight saving time to March 2007 had little or no effect on energy consumption in California."

Uncle Sam, who collects a federal excise tax of 18.4 cents on each gallon we put into our tanks, and the 50 state tax collectors (plus D.C.) who add their own fuel taxes and fees to the pump price say thanks for the additional daylight driving.

The American Petroleum Institute keeps track of gasoline taxes, publishing quarterly reports. Its latest collection of data shows in the map below the general state gasoline taxes across the United States in January. 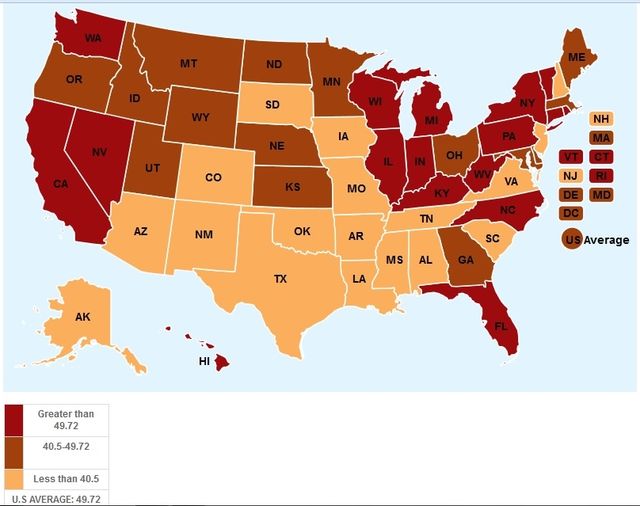 In fact, it's those ancillary state taxes and fees that drive up the cost of gas. They include, among other things, state and local sales taxes, environmentally-safe disposal fees, storage tank charges and inspection fees.

When you add in the federal excise tax, on average each gallon of gas we pump is taxed at 49.72 cents. And that nearly half dollar charge is this week's By the Numbers figure.

And it's the same for diesel.

Gas saving tools: While there's not much we can do about the federal and state fuel taxes aside from pestering our elected officials, today's Daily Tax Tip does offer you a way to find cheaper gas.

To find the lowest pump price on the go, look into Gas Buddy, Fuel Finder and Cheap Gas! mobile apps.

Here's to happy and less costly motoring, regardless of the taxes and whatever time of day you're on the road.

Most of our twins and cities are not designed for walking... Maybe we could try to use the extra daylight time for more outdoor activities close to home.