After a late start, the Internal Revenue Service has managed to process more than 26.9 million tax returns and get refunds on their way to more than 19.4 million folks. 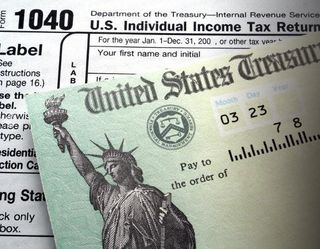 Even better news is that the average refund for the first week of tax-filing season is $3,317. That's 4.6 percent larger than the 2013 early season average refund amount.

That $3,317 also is good enough to earn this week's By the Numbers honors.

Beginning rush to file: There obviously was pent-up tax refund demand, as the IRS reports that tax filings for between Jan. 31 and Feb. 7 outpaced returns submitted for the same time period last year.

The IRS received 27.3 million returns as of the end of last week. That's up 2.5 percent over the early part of 2013's filing season.

Refunds are the driver: Overall, the IRS reports that tax refunds are up for 2014, with almost 19.5 million issued this year, an increase of more than 18 percent compared to the same time last year.

In addition to the average amount for all refunds being greater, the size of refunds directly deposited also were bigger, though not as much.

If you expect to get a refund but haven't filed yet, don't let these three-grand-plus average refund amounts get your hopes too high. The IRS notes that refund averages generally have higher dollar values early in the filing season than later in the year.

E-filing popularity grows: And some things this filing season remain the same. Electronic filing continues to be popular.

E-filed returns account for almost 96 percent of 1040s filed so far this year, say IRS numbers crunchers. The more than 26 million electronically submitted returns in this first week of the 2014 filing season is an almost 4 percent increase over this point last year.

The bump in e-filings was provided by individuals doing their own filing. Taxpayers through Feb. 7 filed more than 13 million returns from their home computers, an increase of 14.7 percent compared to the same period in 2013.

Returns electronically filed by tax professionals actually were down this first week of the 2014 tax season. Around 12.7 million returns were e-filed last week by tax pros, down 5.6 percent from the almost 13.5 million professionally e-filed at this point in 2013.

How does your refund compare? When it comes to money, we generally don't get too specific. Tax refunds, however, are different.

When we get big checks back from Uncle Sam, we tend to announce the amount.

You can check out the amounts for that year and see if the trend in your location continues this filing season.

Don't wait for the IRS: A lot of folks have submitted their 2013 returns but are still waiting for the IRS to process them.

There are lots of reasons for the delays. A mistake, however innocent or small, can slow down the issuance of a refund check.

The IRS also is putting returns through more rigorous filters to stop tax refund fraud before it happens.

And sometimes the tax agency just gets swamped.

Today's Daily Tax Tip offers a suggestion to prevent this annual wait for the IRS to issue your refund. Don't get one in the first place.

When your payroll withholding is accurate, the amount taken out of each paycheck to cover your federal tax bill will be pretty darn close to your eventual tax liability.

It's easy to adjust your withholding. Just give your payroll manager a new W-4. The IRS even has an online calculator to help you arrive at the proper amount.

That way you don't have to worry about when your refund will show up. You'll have already had your tax money in hand throughout the year.

With the 2 percent payroll tax increase in 2013 tax year, income tax returns should be higher in a lot of cases.