Spending bill on way to Obama. Now about that debt ceiling...

It's a done financial deal.

This evening (Jan. 16), the Senate approved the $1.1 trillion spending bill that was OK'ed the day before by the House. Obama should sign the measure soon has signed the measure into law.

Everyone in federal offices now knows just how big -- or small in the Internal Revenue Service's case -- a budget they'll have to work with for fiscal year 2014.

Now for the next fiscal battle, increasing the debt ceiling.

Debt And that deadline will be a bit closer than we previously thought. 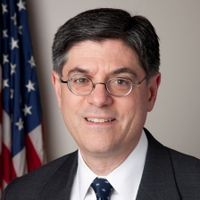 February, not March: Treasury Secretary Jacob (Jack) Lew says that Uncle Sam likely will hit the debt ceiling in late February. He previously had mentioned some time in March as the drop-dead date to increase the federal government's borrowing ability.

The debt ceiling, also called the debt limit, is the total amount of money that the United States government is authorized to borrow to meet existing legal obligations.

Increasing the debt ceiling doesn't authorize new government spending. It just lets the government pay existing bills that have already been run up.

The almost $17 trillion debt ceiling was suspended last October when Congress finally agreed to end the 16-day federal government shutdown. Under that compromise, the deadline to reach a final debt ceiling extension was set for Feb. 7.

Tax season complicates debt maneuvers: The Treasury Department typically uses "extraordinary measures" to buy some more time. However, at a discussion hosted by the Council on Foreign Relations on Thursday (Jan. 17) Lew said such extension manipulations won't last as long this time.

The debt limit is running smack into tax filing season, which Lew noted is a "very unpredictable time" when it comes to Uncle Sam's cash flow.

The debt ceiling discussion is from 8:30 to 12:40. But when you have around an hour, check out the full Lew conversation with John C. Bussey of the Wall Street Journal about the economy, financial reform and the Treasury Department's international agenda.

Money goes out of the Treasury at the start of tax season as refunds to early filers are paid. Money comes in later in tax season from those waiting until the April deadline to pay their tax bills. Because of this unpredictable flow, Lew said the use of extraordinary measures to forestall the actual debt limit's arrival will be limited.

Lew said he's always asked what the Treasury can do to ease any financial ramifications of busted debt ceiling deadline.

"I'm asking the more fundamental question," he said, "of why would anyone want to hurt the U.S. economy ... because of a self-inflicted wound?"

There's very little that any interim plan can do to provide the kind of economic confidence that a deal would provide, said Lew, noting that it's Congress' unique responsibility to raise the debt limit.

He urged Capitol Hill to avoid the "hair-raising brinkmanship that causes real uncertainty and anxiety" in markets and consumers alike. Remember the 2011 version of this debate?

And he called on the House and Senate to act sooner rather than later.

To avoid such economic injury, Lew encouraged Congress to hike the debt limit "as quickly as possible and with the least drama as possible."

Are you listening lawmakers?