No criminal charges in IRS targeting of Tea Party, others

The Internal Revenue Service has apparently dodged a major bullet in the controversy over how it mishandled applications for nonprofit status by so-called social welfare groups. 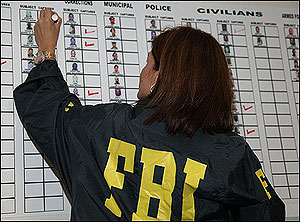 The questionable review process was detailed in a Treasury Inspector General for Tax Administration (TIGTA) report last May.

BOLO blowback: The TIGTA examination found that in reviewing the applications, IRS agents in its Tax Exempt Organizations unit used a be on the look out, or BOLO, list of terms such as Tea Party to screen for groups' possible political leanings.

Subsequent Congressional hearings also revealed that the IRS used a BOLO list of terms for more liberal and progressive groups.

Under the law, the tax-favored 501(c)(4) status can only go to groups whose main work is in the social welfare or education area. Overtly political activities disqualify groups from receiving the tax-exempt status.

No enemies list: Law enforcement officials told the newspaper that FBI investigators did not find the kind of political bias or "enemy hunting" that would amount to a violation of criminal law.

"Instead, what emerged during the probe was evidence of a mismanaged bureaucracy enforcing rules about tax-exemption applications it didn't understand," according to the WSJ report.

The newspaper's sources, however, noted that the case is still being investigated and could remain open for months.

Unhappy Oversight Committee: GOP leaders of the House Oversight and Government Reform Committee are not happy about the report that the IRS is off the Tea Party targeting hook.

Rep. Darrell Issa (R-Calif.), chair of the full Oversight Committee, and Rep. Jim Jordan (R-Ohio), who heads the Regulatory Affairs Subcommittee, released a statement in response to the WSJ report:

"Anonymous – and apparently politically motivated – leaks from unnamed law enforcement officials further undermine the public assurances by the current and former FBI directors that this is a legitimate investigation. These leaks come after the Justice Department, citing the confidential nature of the investigation, refused to brief Congress on its progress and congressional investigators independently discovered that a high dollar contributor to the Obama Administration failed to recuse herself. These revelations further undermine the credibility of the Attorney General Holder and the Justice Department under his leadership. Given the circumstances, there is little reason for the American people to have confidence in this investigation."

Out of work, but not jailed: Two IRS executives, former Acting Commissioner Steven Miller and tax-exempt head Lois Lerner, lost their jobs in the wake of the TIGTA report and Capitol Hill inquiries.

As Issa's and Jordan's reaction to the report indicates, the matter also has continued to linger as a political issue and is likely to ramp up as the November mid-term election nears.

But at least IRS employees don't have to worry about going to a federal prison.