In his State of the Union address tonight, President Obama is expected to discuss income inequality and the problems facing those trying to climb up the economic ladder.

He has lots of material from which to draw any remarks he makes. A recent global report by Oxfam found that almost half of the world's wealth is now owned by just one percent of the population. 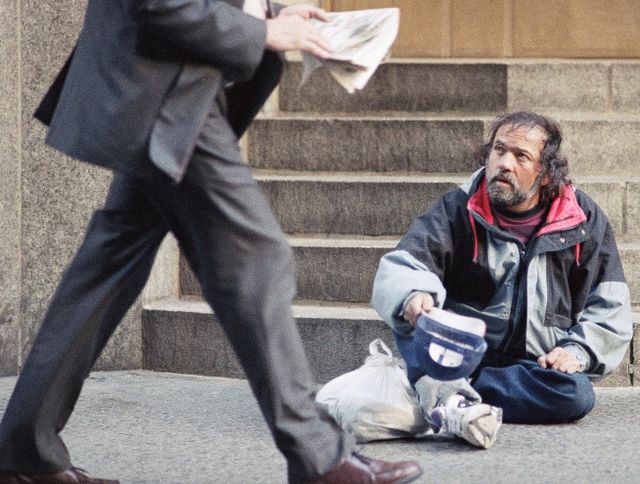 Worldwide, the 85 richest people on the planet own more wealth than the combined assets of the 3 billion poorest people.

Closer to home, the wealthiest 1 percent in the United States captured 95 percent of growth since 2009, while the bottom 90 percent of U.S. residents lost wealth.

There are myriad reasons why this is happening, including a major tax break.

We'll come back to that in a minute, but first some American mobility history.

The main reason that people pick up and move to another community is for work, says Holland. Basically, Americans move out to move up.

But that's no longer happening, at least not on as wide a scale.

That's the same conclusion as Matthew O'Brien, who writes in The Atlantic that upward mobility is even worse in specific areas of the country, notably the South.

O'Brien cites a study that looks at the mobility rate geographically and analyzes the many factors that contribute to or hinder a person's ability to move up.

The price of residential property has significantly outpaced household incomes for everyone except the richest Americans.

It's not a new situation. In 2012, Harvard University researchers found that the prohibitive cost of living in the areas with the greatest economic opportunities has forced low-wage workers to migrate instead to areas with inferior opportunities.

But following the 2008 financial crisis and resulting housing meltdown, housing costs have come under more scrutiny.

And it's become increasingly clear that a major contributor to the property price disparity is the U.S. tax code's subsidization of individual housing.

When we see the phrase subsidized housing, we typically think of inner city housing projects.

A bigger government handout nowadays, however, is the mortgage interest tax deduction for individual homeowners.

Data compiled by the Joint Committee on Taxation in February 2013 shows that the mortgage interest deduction cost the U.S. Treasury $69.7 billion in 2013. The amount claimed by homeowners is expected to rise to $71.7 billion in 2014 and by 2017 to reach $83.4 billion.

Between fiscal years 2013 and 2017, the Joint Tax Committee projects that the combined cost of this one tax break will be $379 billion.

That's a big bite out of the Treasury, earning $379 billion the honor as this week's By the Numbers figure.

Home buying vs. bigger home buying: The long-standing argument for the mortgage interest tax deduction is that it enables people to buy homes.

But actually, most people, homeowners included, take the standard tax deduction instead of itemizing, which is the method required to claim mortgage interest.

So who does the mortgage interest deduction benefit? Generally higher income taxpayers.

And there's evidence that it often is used by homeowners to move up to bigger properties. Essentially, the tax breaks allows them to leverage their larger incomes to take out bigger loans for more expensive homes.

The resulting large monthly mortgage payments on the big houses are going primarily toward interest. Those deductible interest payments allow higher-income homeowners to save on their taxes, sometimes even keeping them from being pushed into a higher tax bracket.

Credit instead? The disparity in the benefit that the mortgage interest deduction offers has prompted many tax reform groups to call for elimination of the tax break.

Don't freak. They want to replace the interest deduction with a tax credit.

A mortgage interest credit would provide more help to most middle- and lower-income homeowners with mortgages, while trimming subsidies for upper-income owners, says the Center on Budget and Policy Priorities (CBPP).

"As a result, it would likely do more than the existing deduction to help families that would otherwise struggle to afford the costs of homeownership," argue CBPP analysts.

Three major bipartisan panels have proposed to convert the deduction to a credit and lower the maximum amount of interest it covers.  These reforms would be major improvements over current law and would generate significant additional revenue.

A credit wouldn't undermine the fragile housing recovery, says CBPP. Rather, a phased-in housing credit would replace much of the deduction's overall dollar value and eventually would subsidize more households to purchase homes than does the existing deduction.

And for deficit hawks, says CBPP, a credit could bring in more revenue, about $200 billion over ten years, under one estimate.

Don't look for Obama to specifically mention housing or its tax subsidy effect on income equality and upward mobility in his speech tonight. But there's no doubt that it's one of the reasons there's such a big and growing gap between the rich and poor.

The question following the State of the Union is just what will Congress do -- and what will wealthy homeowners and the housing lobby let or demand lawmakers do -- to make the state of every American a bit better in 2014 and beyond?

Housing prices are driven by supply and demand, like any market. When more people move to, say, Austin, the demand drives up housing prices. This of course attracts builders to construct more homes in Austin, which stabilizes prices. A description of the housing market is not too overly simplified by stating that demographics drive the supply of houses while the prices are constricted by incomes.

The uneven ratios of home prices to incomes throughout various markets indicate some market disturbance is afoot. And the culprit must be a new factor – not the long-standing mortgage interest deduction – because the disparity in ratios of home prices to incomes has risen in recent decades while the mortgage interest deduction is nothing new during this period. What has changed substantially is monetary policy of the Federal Reserve and the shifting of credit risk from market participants to the taxpayers via Fannie Mae, Freddie Mac, and the FHA.