States still getting stiffed on sales taxes on Cyber Monday 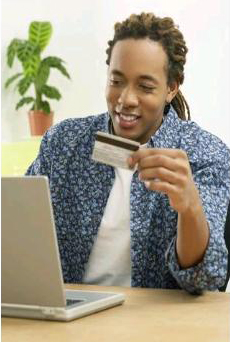 So have you finished your online holiday shopping this Cyber Monday?

And did -- or will -- you pay sales tax on all your Internet purchases?

In many instances, the answer to both questions is probably no.

When Cyber Monday officially appeared in 2005 (thanks to the National Retail Federation, which coined the term for online shopping and launched a website dedicated to relaying sale information for the day), very few Internet retailers collected state sales taxes.

But the times, and online tax collection, are changing.

It didn't take state tax collectors long to notice how much money they were losing via online shopping. They were relying on Quill v. North Dakota, a 1992 U.S. Supreme Court decision that said companies only had to collect a state's sales tax if it had a physical presence, or nexus, within the state.

The burgeoning Internet shopping mall, however, meant that there was cross state, nexus-free and therefore sales-tax-free shopping.

Use tax solution ... or not: Specifically, there's the use tax. Or as tax collection cynics call it, the useless tax.

Every state that has a sales tax, and there are 45 of them along with the District of Columbia, has a corresponding use tax that is usually is the same rate as its sales tax.

As its name indicates, a use tax is levied on an item you purchase in another tax jurisdiction but that you plan to bring back -- or have delivered to you (by drone eventually?) -- to your home to use.

While sales taxes are collected by the seller and then sent on to the state (and local) tax offices, use taxes must be collected from the user. That's you and me. And we tend to ignore state pleas and/or demands for use taxes.

Some states put a line on their income tax returns where taxpayers are supposed to report and pay their use taxes. Good luck with that.

In the states with no income taxes, like here in my native Texas, there are forms to fill out and send along with your tax money to the state. Good luck with that, too.

Indiana's Department of Revenue issued a press release reminding its residents that "CyberMonday Shoppers Should Declare Use Tax." Hoosier State tax officials tried to encourage potential scofflaws by noting how many of their neighbors have paid the 7 percent use tax in the past:

"Last year, 28,853 taxpayers in Indiana reported use tax on their individual tax return, amounting to more than $1.9 million. Each year, more than 3.1 million individual income-tax returns are filed in Indiana."

OK, so not that many Indiana online shoppers paid use tax. But maybe this year will be different. Good luck with that.

Louisiana tax officials were a little more blunt. The Pelican State's Department of Revenue announced that "online" doesn't mean "tax free" and also produced a video showcasing the importance of paying the state's 8 percent use tax.

Louisianans can pay their use taxes when they file their state income tax returns or by sending in the separate Consumer Use Tax return. Good luck with those.

Only about 1.6 percent of taxpayers report use tax on their income returns, according to a study by the Minnesota House of Representatives. Why do I think that tiny percentage is still too high of an estimate?

Amazon taxes here, coming soon: Indiana will get some use tax relief in less than a month. In January, Amazon will start collecting sales tax on items shipped to Hoosier State buyers.

On Jan. 1, 2014, Amazon will start collecting sales tax on shipments to the aforementioned Indiana, as well as Nevada and Tennessee. South Carolina online shoppers will pay sales tax on Amazon purchases beginning in January 2016.

Meanwhile, efforts continue in support of federal legislation requiring online sales tax collection across the United States. The Senate has passed a version and the chairman of the House Judiciary committee has set out the principles he'd like covered in any bill.

Congress is notoriously slow, but by this time next year a national online sales tax law could be in place.

And even without it, remember, you're supposed to pay your state's use tax on all the untaxed products you bought today.