Military families among those affected by food stamp cuts

Folks receiving federal help buying groceries are making do with a little less. 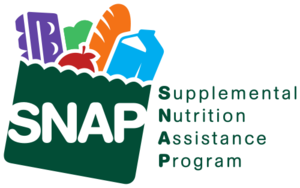 The increase in Supplemental Nutrition Assistance Program (SNAP) benefits, or food stamps (although most programs are via debit cards), ended on Nov. 1.

Calculations by the Center on Budget and Policy Priorities (CBPP) show that for families of three, the cut will be $29 a month, or a total of $319 for November 2013 through September 2014, the remaining months of fiscal year 2014.

CBPP says the reduction means that SNAP benefits now will average less than $1.40 per person per meal in 2014.

In addition, the House and Senate are still fighting over renewal of the farm bill, which expired Oct. 1. The latest word is that farm bill conference committee members are discussing cutting food stamps by about $10 billion over the next decade, a compromise between the Senate's proposed $4 billion cut and the House's $39 billion reduction.

Military grocery budgets cut: Among those facing less money for food are veterans and military families.

About 5,000 troops are among those now dealing with smaller SNAP payments.

Sadly on this Veterans Day, those 5,000 members of the military represent this week's By the Numbers figure.

"Military members who receive SNAP tend to be made up of members in junior pay grades with larger than average household sizes," said Navy Lt. Cmdr. Nate Christensen, a Defense Department spokesman told Military.com this summer.

"It's a small population but it's a vulnerable population," Joye Raezer, executive director of the National Military Families Association, told the website.

Veterans Day and benefits for service members: Although today's federal holiday was created as a commemoration of the end of World War I at the 11th hour of the 11 day of the 11th month in 1918, over the years Veterans Day has evolved into day to honor American veterans of all wars.

Rather than simply giving lip service this day to those who served, consider letting your Representative and Senators know that they need to focus on federal programs that benefit not only U.S. veterans, but also currently serving military.

That includes the wide array of benefits administered through the Department of Veterans Affairs, as well as other special considerations such as military tax situations and, yes, SNAP benefits.

It's the least we who depend on our servicemen and women can do.

This is especially bad news for members of the military because they need to save some money to pay for professional tax preparation. Many IRS rules affect military personnel, which are understood by tax experts who pass the Enrolled Agent exam as this article conveys http://fastforwardacademy.com/updates-154-name-rules-learned-for-enrolled-agent-exam-allow-helping-taxpayers-in-military.htm.