It's that time of year again. Movie studios roll out some big productions in the hopes of generating ticket sales as well as Oscars buzz.

Many movies nowadays are made in part with help from tax breaks.

But a couple of states are looking more closely at how and how much taxpayer money they hand out to movie makers. 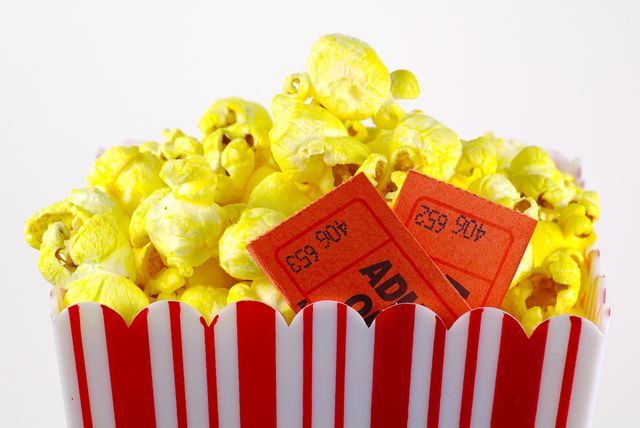 The Democratic governor said discussion of a broader film tax credit should be part of the state legislature's 2014-15 fiscal budget negotiations.

In vetoing the expansion, Cuomo also noted that the budget he signed earlier this year included an additional 10 percent on top of the 30 percent tax credit already offered for labor costs incurred by film companies doing work in 40 upstate New York counties. The existing program offers $420 million in annual tax breaks through 2019.

Golden States scandal: Across the country, California lawmakers who support expanding that state's film tax credit have found their effort hampered by a federal investigation.

The scandal came to light just as the California legislature was considering a bill to once again expand and extend the current annual tax incentive program. The credit, created in an effort to keep television and movie makers from abandoning Hollywood, was last renewed in 2012 and currently calls for $100 million allocations in June 2014 and June 2015.

In addition, the state's Legislative Analyst's Office (LAO) has been conducting an analysis of the value of the credit at the behest of lawmakers who question its economic value. The LAO study is to be completed by Jan. 1, 2016.

Opponents of the tax break want to postpone consideration of the credit's renewal until they have firm data.

Supporters of the tax break, however, cite a recent letter from the Governance and Finance Committee staff that cited the "immense" effect of the film and TV industry's economic impact on California: 191,146 direct jobs and $17 billion in wages.

Figures aside, Californians are acutely aware of how perception can trump reality.

After all Argo, a movie about how a fake movie helped rescue six people during the Iranian hostage crisis, earlier this year won the Best Picture Academy Award.

More must-see movies: Some potential 2014 Academy Award contenders have already made it to our local Cineplexes, but a handful of others are expected to be released in the next few weeks.

Tom Hanks, who's already being touted as a Best Actor nominee for his titular role in Captain Phillips, gets another shot in Saving Mr. Banks, due Dec. 20, where he portrays Walt Disney as he convinces Mary Poppins creator P.L. Travers, played by Emma Thompson, to sign off on the film version of her book.

George Clooney, a winner as a producer of Argo and last seen on screen in Gravity, has an encore, too. He comes down to earth and back to the World War II era in The Monuments Men. The philanthropic heartthrob also directs the film, based on the true story of the U.S. government sponsored group created to recover and restore art masterpieces that Hitler's forces confiscated and threatened to destroy. It's due in theaters on Dec. 18 and could benefit from the recent discovery of a trove of Nazi-stolen art.

If past performances and current reviews are to be trusted, some offbeat film fun arrives on Dec. 6 with Joel and Ethan Coen's Inside Llewyn Davis. It follows a week in the life of a folk singer as he navigates the Greenwich Village folk scene of 1961. Justin Timberlake is among the stars, but he's not Llewyn. The Coen brothers wouldn't be that obvious.

Joaquin Phoenix will get attention for another interesting role in Spike Jonze's Her with its look at artificial intelligence and emotional attachment. The film's focus is on a computer operating system (voiced by Scarlett Johansson), but Siri lovers also should mark their calendars for Dec. 18.

As much as I love my iPhone, I'm most looking forward to the Dec. 13 release of American Hustle. It is director David O. Russell's look at another true story, the FBI's Abscam undercover operation in the 1980s that targeted Congressional corruption. I was working on Capitol Hill back then. Plus, the cast includes Christian Bale and Bradley Cooper.

The Atlantic has more about these and other potential Oscar contenders. You also can find additional year-end movie release dates at Movie Insider.