A federal appeals panel did not appear impressed by the "dead horse" argument the Internal Revenue Service rode into court with in defense of the agency's effort to regulate paid tax preparers.

During oral arguments Sept. 24 before the U.S. Court of Appeals for the D.C. Circuit, the judges repeatedly questioned the IRS' attorney, Gilbert Rothenberg, about whether Congress had empowered the agency to issue regulations imposing mandatory testing and continuing education requirements on return preparers.

Three independent tax professionals don't think the IRS has the oversight authority. With the assistance of the libertarian Institute for Justice, they filed suit (Loving vs. IRS) to stop the agency's planned regulatory requirements. In January, a federal judge sided with the tax preparers, leading to this week's appeals hearing. 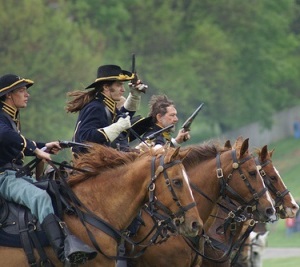 From horses to EAs: Following the Civil War, claims for losses incurred in the battles were piling up. Most of the claims were for horses, specifically costly thoroughbreds or show horses.

Uncle Sam found that many of the dubious claims for highly valuable property were brought by agents of the ostensible owners.

Questionable representatives sought out people who might have a claim and offered, for a percentage of what was collected from the government, to recover their losses.

To stop con artist claimants, Congress decided that regulation was necessary. It passed the Enabling Act of 1884, popularly known as the Horse Act of 1884, and President Chester Arthur signed it into law.

With the bill's enactment, a representation standard was set. Representatives were subject to suitability checks, investigations of criminal records and moral character and testing. Those who passed the requirements were known as Enrolled Agents (EAs) and were able to file the war claims.

EAs remain part of the tax representation process today. And they still face testing and other requirements before they can argue for clients before the IRS.

"I hate to beat a dead horse, especially one from the Civil War era," said Rothenberg, but he did, citing the 1884 law as justification for the IRS efforts to further regulate other tax preparers.

Dead horse provides little mileage: The judges, however, seemed skeptical of Rothenberg's argument, the IRS' historical regulatory power and the dead horse they rode in on.

Matthew R. Madara, covering the hearing for Tax Analysts, reported that the three-judge panel peppered Rothenberg with questions. The inquiries ranged from whether Rothenberg's argument was properly phrased to the last time the IRS had used the statute in question (U.S. Code 330(a)(1)) to the terminology the IRS used in describing those who represent individuals before the Treasury Department.

The consensus of practitioners who heard the arguments, during which the judges were much more critical in their questioning of Rothenberg than Loving attorney Dan Alban, is that the panel will give the tax preparers fighting regulation another victory.

If that is indeed the case, the IRS will likely turn to Congress for specific regulatory authority. The Taxpayer Protection and Preparer Fraud Prevention Act of 2013, introduced earlier this year, would give the IRS that ability. Some Senators are exploring a companion bill for that chamber.

We'll find out when the court's decision is handed down in a few months whether such legislation is needed.