Here's something that might help Congress as it struggles with how to reform our out-of-control tax code: a comic book.

Not only does "Blood From a Stone: A Cartoon Guide to Tax Reform" offer lots of entertaining drawings, it's a solid primer on the history of our tax system and what needs to be changed. 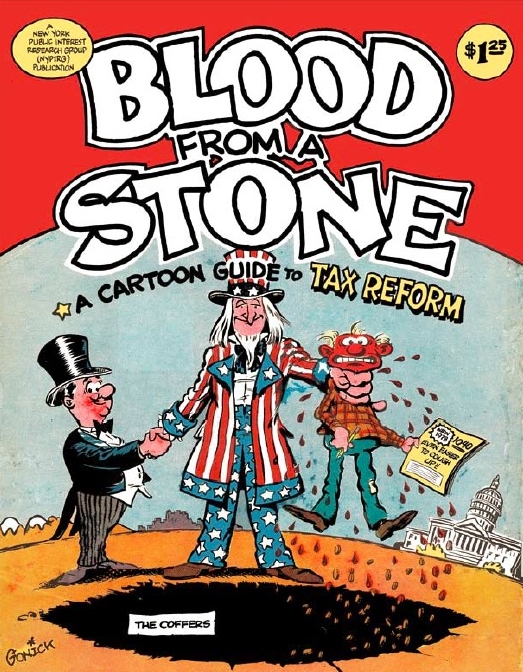 And now the 1977 comic book is available online.

Citizens for Tax Justice, the nonprofit tax advocacy group that broke the news of the comic's new electronic format, notes:

"While the comic is now over 36 years old, it remains strikingly prescient considering that tax reform has once again become one of the dominant topics of debate in Washington. In fact, many of the specific tax breaks called out as in need of reform in the comic, such as the preferential rate for capital gains or accelerated depreciation, are on the top of the list of the breaks that still need to go!"

The comic, created by Larry Gonick and Steve Atlas for the New York Public Interest Research Group (NYPIRG), follows everyday taxpayers who must cope with a tax code full of breaks that directly benefit the rich.