The incredible television series Breaking Bad ends tonight. My Sunday evenings will be without nearly as much turmoil, except on those nights when the Cowboys play, but I will definitely miss this show.

In winding down the series this past week, I popped in and out of AMC's Breaking Bad marathon. I'm sure it comes as no surprise that the repeat viewings reminded me of the show's tax-related story lines.

And as quickly as fulminated mercury crystals can blow out a crazed drug dealer's office windows, I got to thinking about other tax lessons we can learn from high school chemistry teacher turned drug kingpin Walter While and his family and friends. 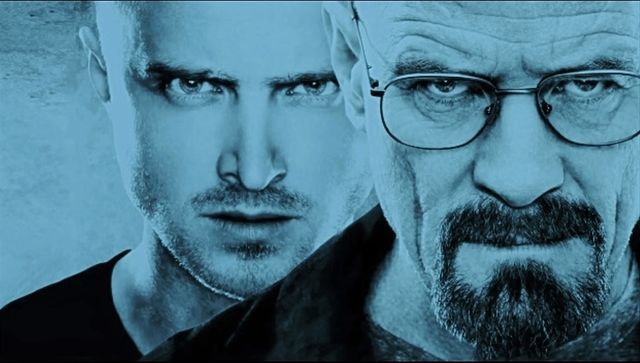 So, inspired by and in honor of all the television adventures that took place in Albuquerque over the last five years (because, by the way of New Mexico film production tax credits...), here are 10 bad tax habits to break.

Before you read any further, though, I must warn folks who are frantically binge-watching Breaking Bad episodes in advance of tonight's finale, there are spoilers below. Read at your own risk.

1. Forgetting to declare all your income, even if you got it illegally.
I know, this one -- at least the latter admonition -- is rarely followed. But the Internal Revenue Service considers most income taxable, regardless of how you got it. Not to overdo the Al Capone example, but not paying taxes on his ill-gotten gains is what landed him in Alcatraz. The real-life Scarface skated on the alleged murders and other reportedly nefarious doings.

Perhaps tax will be part of the final 75 minutes of Breaking Bad creator Vince Gilligan's story of how Mr. Chips turned into Scarface. But whatever happens on AMC tonight, don't you invite the IRS to file criminal charges against you for tax evasion.

2. Ignoring gambling winnings and losses.
While Walt's off-the-book earnings were from his criminal methamphetamine enterprises, he and wife Skyler explained their ability to pay their bills as well as brother-in-law Hank Schrader's medical expenses as coming from good gambling luck. It was an easy-to-sell lie, since most of us have won a few games of chance.

Most of us also hope we'll hit it really big one day via our choice of lottery numbers. When that does happen, perhaps thanks to Walt's dual-meaning digits 34, 59, 20, 106, 36 and 52, taxes will be taken out before you get your lump-sum payment. Remember, though, that you owe taxes on smaller winnings that aren't subject to withholding upon payout. The same tax rule is true for the value of prizes you win, too.

And don't waste your bad luck. You can use your gambling losses during the tax year to reduce or completely erase your taxable winnings. Just don't push your IRS luck; if you have more losses than winnings, sorry. You can only claim up to the amount that equals your jackpots.

3. Missing some of your medical expenses.
Here's hoping that you never face injuries as severe as Hank's, which led to his long and costly rehab. But even more routine medical costs could be worthwhile at tax time. Medical and dental costs in excess of 10 percent of your adjusted gross income -- yes, it went up from 7.5 percent starting with the 2013 tax year -- are deductible. Since you now need more of these expenses before you can count them on your Schedule A, make sure you have good records of your eligible expenditures.

Also make sure you don't miss any. There is a wide variety of costs, ranging from miles driven to see your doctor or pick up prescriptions to alcohol or drug abuse recovery programs, that can count toward this deduction.

4. Overlooking child-related costs.
Skyler had teenage son Walt Jr. (or Flynn, depending on how he was feeling about his dad) and kleptomaniac sister Marie to help out with baby Holly. But if Holly had been dropped off at daycare, her parents could have used some of those costs to claim the child and dependent tax credit. In a tax crossover, new moms need to know that the cost of a breast pump and supplies that assist lactation may be deducted as medical expenses or reimbursed under a medical flexible spending account. These are just a couple of the many child-related tax breaks.

5. Forgetting to count all your dependents.
The dependency tax benefit of children can extend to others, both relatives and folks who aren't officially part of the family, as long as they meet the IRS requirements. Hector Salamanca lost his grandson Joaquin when Gus Fring killed him as part of a revenge plot against Don Eladio. Poor Hector, he already was alone him in the senior care facility where he spent his last explosive day. If you, however, have an aging parent you're helping financially, you might be able to count mom or dad as a dependent, even if they, like Hector, live in a senior community.

6. Not accounting for all your business expenses.
Skyler did a great job of analyzing the car wash she wanted to use as a legit business to launder Walt's meth money. She also was a stellar albeit unethical negotiator, utilizing a fake environmental violations report to knock $79,000 off the purchase price. So I'm sure she also took advantage of all possible business deductions on the A1A Car Wash tax returns. These include such things as advertising the company's change in management to fringe benefits provided employees to attorney Saul Goodman's fees. Even smaller businesses, including independent contractors, can deduct many of their expenses.

7. Miscalculating business meals and entertainment expenses.
Speaking of business expenses, one of the biggest red flags on a business return is a large amount of meals and entertainment costs. Yes, you can write off some of them. But remember that only half of your meal costs count and the dining must be directly related to or associated with the active conduct of your business. Similarly, you can't simply throw wild and extravagant parties like Jesse Pinkman did and then expect the IRS to subsidize your debauchery.

You must show legitimate business reasons for the entertaining. Throwing a party for business associates or potential customers (like Jesse's friends who might eventually buy his and Walt's distinctive blue meth crystals) just for the sake of establishing goodwill is not enough to make the transaction deductible. And you must have good records -- people you met with, time, place, business matters discussed -- in order to claim any meal and entertainment expenses.

8. Not claiming theft and casualty losses.
Casualty loss claims get a lot of attention in times of natural disaster. But the tax code could be of help whenever you encounter other types of unforeseen calamities, such as vandalism (such as the Heisenberg tag in Walt's house), burglaries and thefts (such as the bag of Jesse's meth money a party-goer took before leaving one of Pinkman's notorious soirees).

Even some auto accident expenses might qualify as an itemized casualty expense claim on Schedule A. The number of incidents in which Walt's Pontiac Aztek was involved in the show's two-year time frame, however, might look a bit suspicious to not only his insurance company but also the IRS. And I seriously doubt that Walt was able to get any reimbursement from any source when, in a fit of anger at Skyler, he blew up the sports car he had bought Flynn.

But for those of us with less dramatic lives, look into the possible tax relief available from unforeseen property damaging incidents.

9. Giving to nonqualified charities.
Jesse had so many moral crises over Breaking Bad's five seasons, but most recently he tried to find a way for his blood money to do some good. His last resort for dealing with his guilt was to give a stack of $100 bills to a homeless man and then do a demented newspaper deliveryman impersonation, tossing out more bundles of Benjamins along an Albuquerque street.

Jesse's heart was in the right place, but from a tax deduction standpoint he should have found an IRS-qualified charity to which to donate. That way he also could have deducted the money he literally threw away.

10. Blowing off the Internal Revenue Service.
The worst thing anyone can do is ignore IRS questions. Just look at Ted Beneke, Skyler's former employer and adulterous lover. As head bookkeeper at Beneke Fabricators, Skyler discovers accounting irregularities in the company books.

Those discrepancies led the IRS to open an investigation into the company's tax returns. As a signatory on false statements, Skyler worried that she (and Walt, with whom she filed joint Form 1040s) also would be investigated. She managed to convince the IRS auditor to close the case in return for Ted's payment of $621,552.33 in back taxes, interest and penalties. Ted, however, refused.

You don't want to break tax bad and end up like Ted … or Walt or Skyler or Hank or Jesse or just about anyone in Breaking Bad. So if you have any of these bad tax habits, break them ASAP.

By doing so, you'll most definitely have an A1 day!