In case you missed it last night, The Daily Show took a look at tax reform efforts. And the ol' tax blog got a shout out ... sort of. 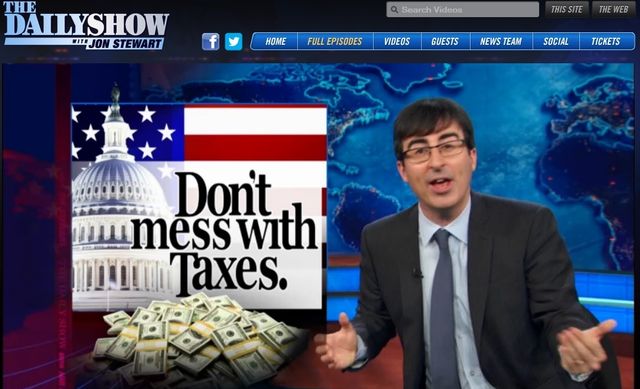 John Oliver, who's filling in while regular host Jon Stewart is off making a movie (or maybe not; Oliver says there could be a Jeff Bezos connection to Stewart's absence), puts the show's usual wry spin on the ludicrousness that is our tax code and all things associated with it.

And just in case you're bored with tax overhaul efforts, stick with the show and Hollywood heart throb Liam Hemsworth shows up in the last segment.