Tens of thousands converged on Washington, D.C., today to commemorate the 50th anniversary of the Rev. Dr. Martin Luther King Jr.'s March on Washington. It's a few days early; the original march was on Aug. 28, 1963.

On that late summer day in 1963, men and women of all backgrounds rallied to advance civil rights in America. And they were privileged to hear one of the greatest speeches ever, King's delivery of his "I have a dream" vision of equality. 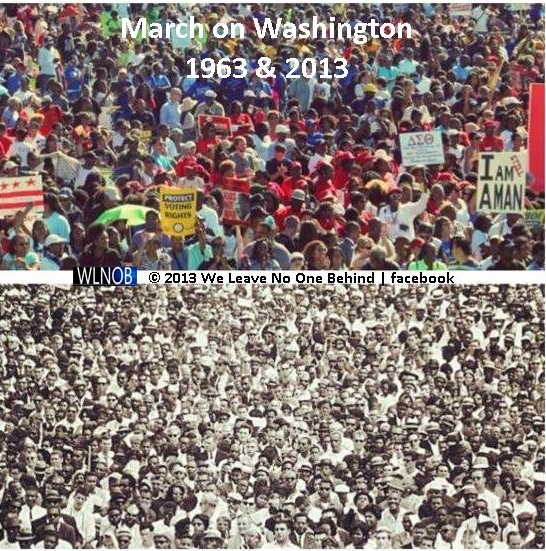 Much has improved over the last 50 years. However, as a nation and as individuals we still face many challenges in achieving fair treatment of and opportunities for all our citizens.

It's also a good day to remember that all such efforts face opposition. And in some cases, our government itself has been used against those seeking monumental changes.

Alabama vs. MLK: That was the case with King. A state perjury charge in connection with alleged tax evasion was the official tool.

King was indicted in February 1960 by an Alabama grand jury on two counts of felony perjury. The state charged that King had signed fraudulent tax returns for 1956 and 1958.

A state audit of King's returns the previous month claimed that he had not reported funds he received on behalf of the Montgomery Improvement Association (MIA) and the Southern Christian Leadership Conference (SCLC), and still owed Alabama tax collectors more than $1,700.

At King's trial, which began in Montgomery, Ala., on May 25, 1960, his lawyers effectively poked holes in the prosecution's case. They emphasized the vagueness of the indictment and argued that any expense reimbursements King may have received from SCLC were nontaxable income.

Testifying in his own defense, King asserted that the tax examiner had revealed that he was "under pressure by his supervisors" to find fault with his returns.

The all-white jury deliberated nearly four hours before returning a not guilty verdict.

Although King praised the verdict and its indication that "that there are hundreds and thousands of people" of goodwill, he and his movement still faced opposition, organized and ad hoc, in the quest for a fairer United States.

Sometimes the all too frequent distressing news reports make it seem as if the number of people of goodwill is much smaller than half a century ago.

Today's gathering in the nation's capital, however, offers hope from its demonstration that they still are out there and still working for justice for us all.