Taxpayers are continually warned to check out tax preparers before turning over their financial information. So clients of Jonathan Wally probably thought they were OK.

Although doing taxes wasn't Wally's main line of work, in 2008 he became a registered tax preparer with the Internal Revenue Service. 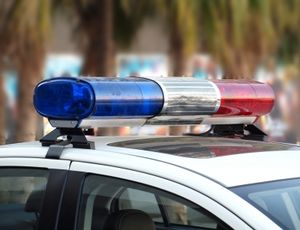 As for his day job, since 2003 Wally had pinned on a badge as a New York City Precinct 34 police officer.

But it turned out that Wally's concept of protect and serve, at least when it came to his second job as a tax preparer, was askew.

"Jonathan Wally spent his off-duty time breaking the law he enforced as a police officer," said Manhattan U.S. Attorney Preet Bharara in announcing the plea deal. "With his guilty plea today, he will now pay the price for his crimes of identity theft and tax fraud, including the return of all the money he swindled from the IRS."

Fake IDs, tax claims: Wally pled guilty on Aug. 8 to four federal counts of filing phony tax returns for himself and others.

Court documents detail how for years Wally created fictitious dependents and used dozens of fake Social Security numbers. He used the tax ID numbers to improperly claim children as dependents on his own and others' returns.

Most of that -- $146,818 -- went as refunds to those for whom Wally prepared false tax returns. As for Wally's own take, the Department of Justice says fraudulent tax returns Wally prepared and filed on his own behalf, along with tax preparation income he didn't declare, cost the U.S. Treasury at least $48,990.

Wally's admission also reportedly resulted in a deal for just 2½ years of jail time. That's a much better result than the possible 26 years he could have faced if he had been convicted at trial. Formal sentencing is scheduled for Dec. 9.

Lots of scams and tax consequences: Sadly, tax fraud schemes like Wally's are all too common. So are all sorts of financial scams perpetrated across the country every day.

And when they are tax-related, they could have costly consequences not just for the crooks, but also the tax victims.

One such scheme was the topic of one of my posts last week at my other tax blog. A San Francisco-area resident lost more than $1 million to a con artist.

Then things got worse. She also ended up owing state and federal taxes on the money she cashed out of her retirement account early.

On the federal tax level, victims of such scams might be able to claim at least some of their stolen money as a casualty loss. The IRS also is trying to make it easier for Ponzi scheme victims to claim those losses.

The agency has released the 2013 draft of Form 4684, Casualties and Thefts, and its accompanying instructions. Page 3 of the draft has a new Section C, Theft Loss Deduction for Ponzi-Type Investment Scheme Using the Procedures in Revenue Procedure 2009-20.

This revenue procedure provides an optional safe harbor treatment for taxpayers who experienced losses in certain investment arrangements discovered to be criminally fraudulent. It also describes how the IRS will treat a deduction for such a loss if the safe harbor treatment is not elected.

The form revisions were prompted in part by the money lost by victims of Bernie Madoff.

On a happier tax note over at the Bankrate Taxes Blog last week, I also noted the four states that are holding (or starting) sales tax holidays this weekend.