Sen. Ben Cardin says it's time for the Internal Revenue Service to finally decide how federal tax laws will apply to same-sex married couples following the Supreme Court's ruling on the Defense of Marriage Act (DOMA).

And, says the Maryland Democrat, the IRS should follow the ground rules it already set to recognize all legally performed same-sex marriages regardless of whether the couples subsequently move to a state that does not recognize their marriages.

"American taxpayers need clarity and they need it quickly," said Cardin in releasing the letter he has sent to Treasury and the IRS. "The midyear decision by the Supreme Court in the Windsor case was welcome news, but we cannot leave so many taxpayers in limbo, if not financial jeopardy."

Former IRS ruling as basis: In his letter to Treasury Secretary Jacob Lew and acting IRS chief Daniel Werfel, Cardin urged them to issue guidelines that follow "the IRS' own precedent of recognizing a marriage that is lawful in the 'state of celebration,' whether or not the state they live in recognizes the marriage." 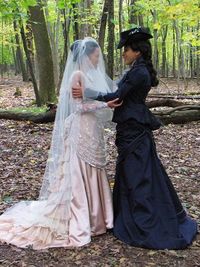 Cardin's state of celebration -- that is, where the wedding was performed -- reference was to IRS Revenue Ruling 58-66. This guideline was issued 55 years ago in connection with how the IRS would treat common-law marriages where the couples no longer live in the state in which their legal marriage was formed. It states:

The marital status of individuals as determined under state law is recognized in the administration of the Federal income tax laws. Therefore, if applicable state law recognizes common-law marriages, the status of individuals living in such relationship that the state would treat them as husband and wife is, for Federal income tax purposes, that of husband and wife.

Cardin says in his letter that "While some have suggested uncertainty as to whether Windsor requires federal agencies, including the IRS, to recognize only same-sex marriages that are recognized in the couple's state of domicile, we reject such a theory. Rather, the Service should continue to follow its own precedent, Revenue Ruling 58-66, which extends recognition to a marriage that is lawful in the state of creation, irrespective of whether the spouses' state of domicile recognizes the marriage. This precedent for recognizing marriages despite a couple's move to a state without similar marriage laws is essential not only for fairness, but also to ensure administrability of the tax laws."

This is the approach that several federal agencies are using. However, for now the Social Security Administration has put on hold benefit claims from same-sex couples who live in states that do not recognize the marriages.

Allow vs. recognize same-sex marriages: Could it be that simple? Will the IRS simply look at Rev. Rul. 58-66 and say if same-sex couples are married in states where their unions are recognized, the agency will for tax purposes treat those marriages as valid marriages in all other states regardless of where they move?

The two issues of allowing and recognizing same-sex marriages comes into play.

Under that interpretation, if a same-sex couple marries in a state where it's legal and then moves to a state that recognizes, although doesn't perform, such marriages, the marriage would be valid for federal law purposes of federal tax law.

But if the state doesn't recognize the marriage as legal, it probably won't be considered such for federal tax purposes.

While the law and how to apply isn't getting any clearer, we at least are getting more of an understanding as to why it's taking the IRS so long to issue post-DOMA guidance.

Cardin's other recommendations: In addition to opting the widest possible application of tax laws to same-sex marriages, Cardin also wants Treasury and the IRS to consider a few other DOMA issues.

The Supreme Court's ruling in Windsor appears to have a retroactive effect, at least for open tax years, writes Cardin. Therefore, he says, the IRS should allow impacted taxpayers to voluntarily elect to amend returns and receive any refunds, credits, or carry-forwards that may be available because of a newly filed return.

But a couple's decision not to revisit their pre-DOMA filings shouldn't be held against them, says Cardin. "[I]t would be inappropriate for the Service to audit, make assessments, or otherwise challenge such a couple's decision not to amend their returns. You should use your statutory authority to make clear that Treasury and the Service will not pursue such actions."

As for civil unions, Cardin notes that in in the eight states that allow such unions, officials there have generally have treated partners as spouses under the states' laws. "Therefore, it is important for the Service to address whether civil unions in states that consider parties to such unions as spouses will be treated as marriages for federal tax purposes," writes Cardin.

Maryland, my Maryland: On a personal note, I've got to give big kudos to Maryland's lawmakers. The hubby and I lived in the Old Line State for almost 20 years.

We still root for the Baltimore Orioles and Ravens and for most of the time that we were Washington Capitals season ticket holders, the NHL team played their home games in Landover, Md.

Sen. Barbara Mikulski and Rep. Steny Hoyer were representing us on Capitol Hill and I'm thrilled to see them still doing their jobs.

While Sen. Ben Cardin was elected after we moved, it's good to see my former second-home state still so well-represented in the upper chamber.

I'm particularly impressed by Cardin's desire to see the post-DOMA tax law applied so broadly. Since Maryland does perform and recognize same-sex marriages, Cardin could be content with an IRS ruling that applies to his and similar jurisdictions. But he's got a wider view and recognizes that this is more than just a state-by-state consideration.

Similarly, this week Rep. Chris Van Hollen, the Democrat representing Maryland's 8th Congressional district, took the lead in a federal lawsuit to get the IRS to appropriately apply the law when it comes to applications for tax-exempt status.

The actions of Cardin and Van Hollen make me proud to have been a Maryland resident. And they make me wish I still lived there when I see the all too frequent right-wing extremism of so many Texas lawmakers.

I always suspected that a lot of the opposition to same sex marriage was driven by revenue considerations. But I'm cynical that way - this is a great guide.