Would a $1,000 payoff make you quit complaining about mistreatment by the Internal Revenue Service? 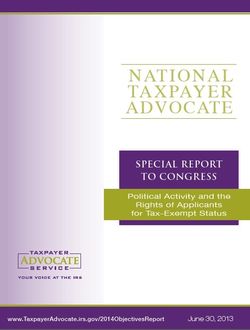 That's an idea National Taxpayer Advocate Nina Olson has revived in her 2013 mid-year report to Congress. The statutorily mandated report spells out the priority issues that the Taxpayer Advocate Service (TAS) will address during the upcoming fiscal year.

In this latest issues assessment, Olson adds her thoughts to the continuing investigation into the IRS' handling of applications for 510(c)(4) tax-exempt status.

This designation is sought by groups to save them tax payments and also keep their donors secret.

But to qualify, most of their efforts must go toward "social welfare," not political, activities.

The initial Treasury Inspector General Report for Tax Administration (TIGTA) examination of the matter highlighted the IRS' special attention, based on inappropriate search criteria, to the activities of conservative applicants, such as Tea Party affiliated groups.

Subsequent inquiry has revealed that groups with more liberal, progressive leanings also were targets of "be on the lookout," or BOLO, lists during the tax-exempt review process.

$1,000 payments for tax rights violations: In this particular tax-exempt organization situation and others, Olson says the affected parties "have no easily available remedy for the violation of their rights."

So she is once again recommending that Congress authorize her office to make a payment of up to $1,000 to a taxpayer where the action or inaction of the IRS "caused excessive expense or undue burden" that resulted in a "significant hardship" to the taxpayer.

As Olson proposed in her 2007 Annual Report to Congress, the Taxpayer Advocate Service would get $1 million a year from which to make the $1,000 per aggrieved taxpayer apology payments.

One grand obviously wouldn't fully compensate each affected taxpayer for the time and frustration caused by IRS actions.

Rather, says Olson, the $1,000 payments would "serve as a symbolic gesture to show that the government recognizes its mistake and the taxpayer's burden. These payments might enhance the public perception of the IRS and the tax system as just and fair."

Tracking apology payments: In addition, says Olson, the National Taxpayer Advocate could include a general description of each year's apology payments in annual Congressional reports.

"This would keep Congress and the IRS apprised of the nature of significant IRS errors and highlight areas that might warrant attention by policymakers," Olson says in her latest report.

And Olson believes the financial payouts could have brought the IRS' use of inappropriate criteria to evaluate tax-exempt applications to public attention sooner.

She writes in the report:

If apology payments were allowed by law, some of the applicants for tax-exempt status under Section 501(c)(4) might have sought apology payments, and as a consequence, TAS may have been able to identify and address more quickly the problems that TIGTA discussed. Moreover, the IRS might be less likely to establish ineffective procedures and systems if they might trigger highly visible apology payments. 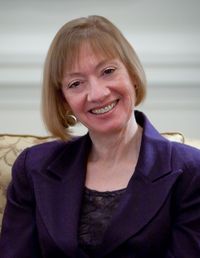 Apology yes, payments no: I like Olson (pictured, right).

As a member of the Taxpayer Advocacy Panel (TAP) for three years, I was able to work with her and the immensely qualified TAP and TAS staff.

The goal of Olson and everyone who works in and with her office is to improve the performance of the IRS, and they world hard at that.

And I agree that the first step in doing a better job is admitting, both to yourself -- either as an individual or an agency -- your mistakes. Daniel Werfel, Principal Deputy Commissioner and Deputy Commissioner for Services and Enforcement, has done that repeatedly since taking over as the top person at the IRS.

But apology payments could produce more problems than they would solve.

As Olson notes, they are merely symbolic. In cases where taxpayers believe they have been wronged, they still will go the court route, as in the case of 25 Tea Party groups who have filed suit against the IRS.

The prospect of spurring a request for an apology payment also could affect IRS employee job performance, and not in the way Olson and the rest of the taxpaying public desires.

In order to avoid spurring an apology payment, employees could be reluctant to challenge taxpayers in situations where such added attention is warranted. The ensuring refusal by workers to aggressively, but fairly, go after taxpayers will make for a less, not more, effective tax enforcement agency.

So instead of establishing an apology payment system, the $1 million should instead go to the IRS for it to do its job, albeit do it better. That's also recommended by Olson in her report.

"The real crisis facing the IRS – and therefore taxpayers – is a radically transformed mission coupled with inadequate funding to accomplish that mission," she says.